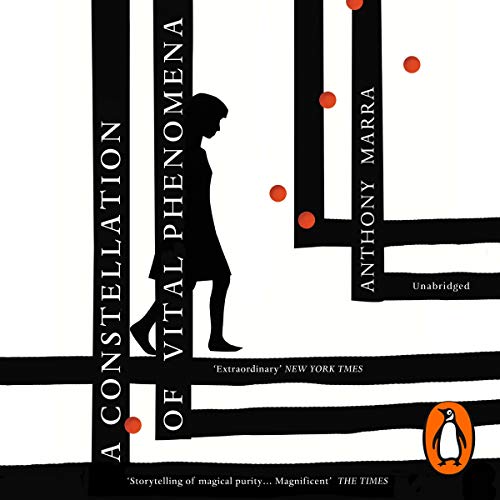 A Constellation of Vital Phenomena

In a snow-covered village in Chechnya, eight-year-old Havaa watches from the woods as her father is abducted in the middle of the night by Russian soldiers.

Their lifelong friend and neighbour, Akhmed, has also been watching, and when he finds Havaa he knows of only one person who might be able to help. For tough-minded doctor Sonja Rabina, it’s just another day of trying to keep her bombed-out, abandoned hospital going. When Akhmed arrives with Havaa, asking Sonja for shelter, she has no idea who the pair are and even less desire to take on yet more responsibilities and risk. But over the course of five extraordinary days, Sonja’s world will shift on its axis, revealing the intricate pattern of connections that binds these three unlikely companions together and unexpectedly decides their fate.

"A Constellation of Vital Phenomena is simply spectacular." (Ann Patchett)

What listeners say about A Constellation of Vital Phenomena

A moving story about the horrors of war

A well written story that traces the generations through their war torn country.
The triumph of love and compassion over adversity.

A very good story with lots of strands of horror, heartbreak, longing and compassion. I loved the slow build up and back stories of how each character was affected by the utter horror of recent the conflicts in Chechnya. A very clever tale, which although horrific at times was enthralling. I found the narrators voice very monotone and it did spoil my enjoyment of the story. I have since read the book & have recommended it to others. Brilliant writing. Congratulations to the terrific Author, Anthony Marra.