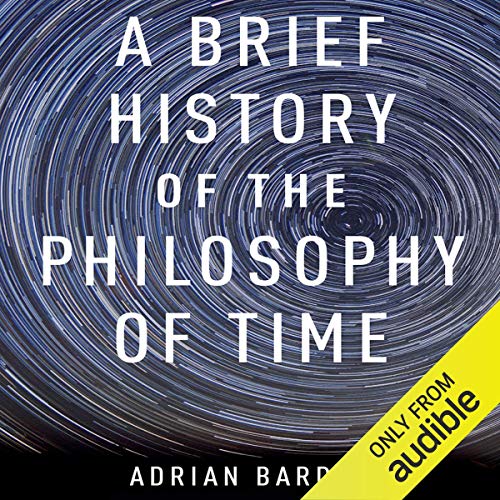 A Brief History of the Philosophy of Time

A Brief History of the Philosophy of Time

Adrian Bardon's A Brief History of the Philosophy of Time is a short introduction to the history, philosophy, and science of the study of time-from the pre-Socratic philosophers through Einstein and beyond.

A Brief History of the Philosophy of Time covers subjects such as time and change, the experience of time, physical and metaphysical approaches to the nature of time, the direction of time, time travel, time and freedom of the will, and scientific and philosophical approaches to eternity and the beginning of time. Bardon keeps technical language to a minimum in bringing the resources of over 2500 years of philosophy and science to bear on some of humanity's most fundamental and enduring questions.

No Discussion of Heidegger?

Where does A Brief History of the Philosophy of Time rank among all the audiobooks you’ve listened to so far?

Good discussions of Aristotles views and their segue in Islamic and Western philosophy - good discussion of Augustine and Kant.

Not much insight re Hegel and historical temporality, and little mention of Nietzsche. No serious engagement with phenomenology or postmodern critiques.

Relativity gets its due, but it is not woven well into the post-Kantian thread. To get wonky - Einstein's temporal/ontological views are rather naive, and a critique from the POV of, say, Nietzsche or Derrida would have been interesting. Not to settle who is right - but to illuminate the issues.

Would you listen to another book narrated by Sean Runnette?

Not particularly - ponderous tone, not bad, but not inviting

Not that type of book - good for reading n short chunks.

Heidegger - Author is either unaware of Heidegger's immensely important book Being and Time, or chooses to suppress the thoughts of a notorious Nazi sympathizer.

Politics aside, Heidegger develops an intricate view of temporality as the structure and horizon of all conscious being that moves far beyond Kant. Agree or not, these ideas have influenced many later writers from Derrida to Foucault, and deserved inclusion.

This was disappointing, given the title of the book.

As a survey of a complex concept, this book was understandably difficult to access in audible format. It was made painfully more difficult by this reader. His metronome monotone, his refusal to honor punctuation or headings, and his universal tonal drop at the end of every sentence and phrase not only eliminated the possibility of enjoying this work, but actually detracted from understating it.

second half is embarrassing drivel

the history of philosophy time in the first half of the book was interesting, and I learned a few things, but the second half involves discussions on a few embarrassing themes -- a desperate grasping for conceptual innovation that fails miserably (ie drivel typical academic Philosophy)

Excellent intro to philosophy of time

I really enjoyed this audible book. The content was excellent. It's dense material, but it helped tremendously that I really liked the narrator's voice. Hope to find other books he has narrated!