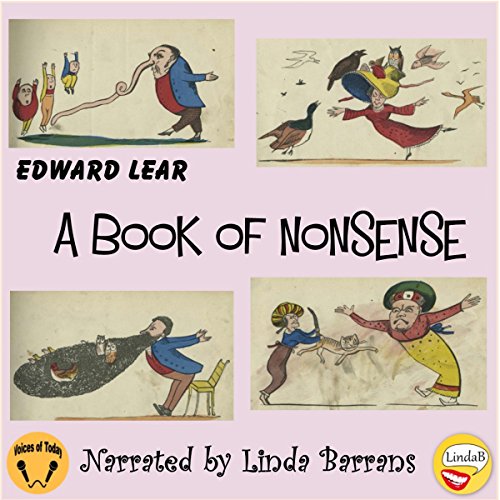 A Book of Nonsense

It is probably no surprise that Edward Lear felt the need to make children laugh.

He was born in 1812 in North London, youngest-but-one of 21 children. Money problems led to his leaving home at the age of four with an older sister, who looked after him as a mother until she died.

His health was always poor, and, while still young, he started suffering from depression, which he called "The Morbids". A professional artist, his failing eyesight caused him to switch from the detailed painting of birds to producing landscapes for travel books.

He travelled widely and ended his life in Italy. He never married, and late in life relied for companionship on his cat, Foss, and on his Albanian chef, Giorgis - who was apparently a much better friend than a chef. The joy of Lear's Limericks - a form which he made popular - are his complete disregard for logic and his love of words - boldly inventing new ones if nothing better came to hand. An artist, a musician, a composer, a lover of poetry. It is a bitter-sweet thought that such a gifted man, who struggled to find happiness in his own life, leaves, as a legacy, a book to make children laugh.

What listeners say about A Book of Nonsense