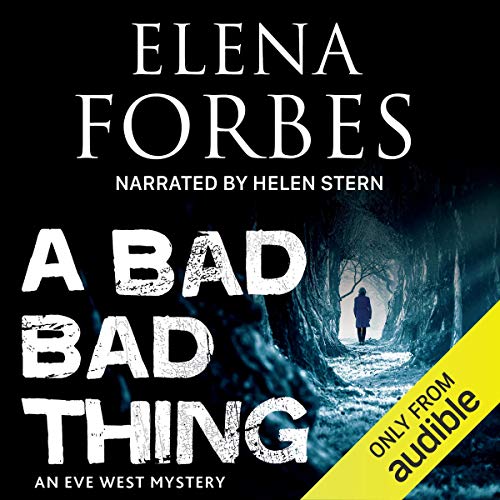 After a police operation ends in catastrophe, Eve West is suspended. She faces expulsion from the force until John Duran - a criminal Eve incarcerated herself - offers his help. But he wants something in return. Convinced there has been a miscarriage of justice, Duran wants Eve to free a fellow inmate convicted of the murder. But why is a brute like Duran assisting this other inmate? And why has he specifically chosen Eve to investigate?

With her job at stake, Eve must comply with the prisoner she despises and try to defend the inmate's innocence. But as the investigation grows darker, she finds her personal life is tied in to the case. Eve has a past to hide, and John Duran knows too much.

What listeners say about A Bad, Bad Thing

Unable to finish due to lack of interest

The whole thing starts in a confusing way, for which most of the blame must lie at the narrators door, she must be 'still in training' I think and has a lot to learn about narration, most characters sound the same and it's very hard to tell who is speaking at any given time, she also speaks rather too quickly at times, making it tricky to follow the narrative.

The main character (Eve) is a most irritating woman, I'd like to slap her. As a result, I really could not care less what happens to her, I have given up halfway into the book at am wondering why nobody has murdered her yet, there are roughly four hours to go so maybe someone does. The storyline should be interesting but Eve is just too annoying to get past. I just did not care, about any of it.

I would not recommend this book to fans of the Mark Tartaglia series, it is not remotely similar, I very much enjoyed those, this book may be enjoyed by some, I am sure but I'd recommend a careful listen to the sample before purchasing, I was too hasty by far.