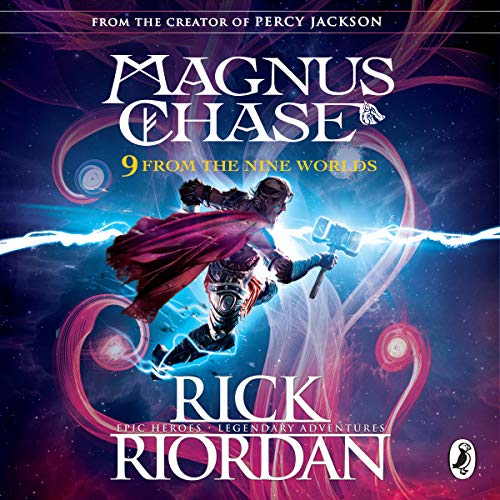 9 from the Nine Worlds

9 from the Nine Worlds

Travel the Nine Worlds with your favourite characters from the world of Magnus Chase in a brand-new series of adventures.

Find out why Amir Fadlan hates clothes shopping in Midgard, see how Mallory Keen learns in icy Niflheim that insulting a dragon can be a good idea, and join Alex Fierro as they play with fire (and a disco sword) in the home of the fire giants, Muspellheim.

But watch out for Thor, who is jogging through all Nine Worlds so he can log his million steps - and is raising quite a stink....

A great addition to the Magnus Chase collection.

I really enjoyed this listen, as much as I enjoy reading Mr. Riordan's book. The short stories, which are sewn together into ome long story, are fun and full of energy snd humor. It's interesting to see the individual perspective of each character. Also, the reading performances are stellar. All in all, it was a very good purchase. I'll surely listen to it again.