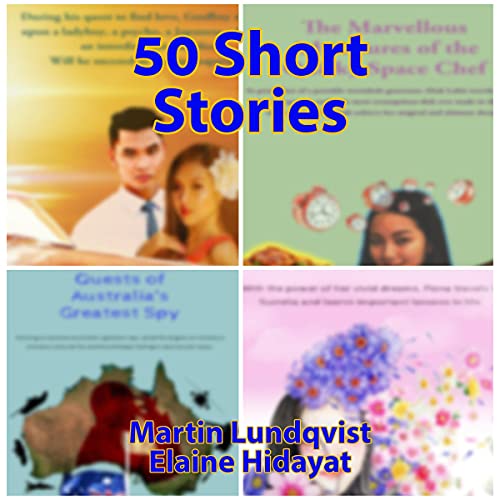 This anthology consists of 50 stories, which are separated into four series, as well as independent stories.

The serialised short stories are:

The Dating Mishaps of the Luckless Lawyer (Humour, eight stories), which follows the successful lawyer Geoffrey, as he goes on a series of absurd dates. Will Geoffrey end the vicious cycle by confronting the author?

The Peculiar Quests of Australia's Greatest Spy (Espionage/ Humour, 13 stories) is a collection of stories about Pond, Jared Pond, who is the goofy and failure-ridden Australian version of James Bond. Jared travels the world and keep failing while carrying out frivolous missions for the Australian Prime Minister Scurry Morrissette. Will Jared reach his goal of becoming the greatest agent Australia has ever seen?

The Marvellous Adventures of the Quirky Space Chef (Juvenile/Young Adult Science Fantasy, 6 stories) follows the chef Diah Lubis as she travels through time and space to master the best dishes in the world for Princess Irulan Ramahandran. However, time travel has consequences that alter the present. Will Diah become the best space chef on the Europa Moon?

Miscellaneous Stories (All genres, 15 stories) These Stories are not serialised, and they can be about anything between heaven and earth.

What listeners say about 50 Short Stories