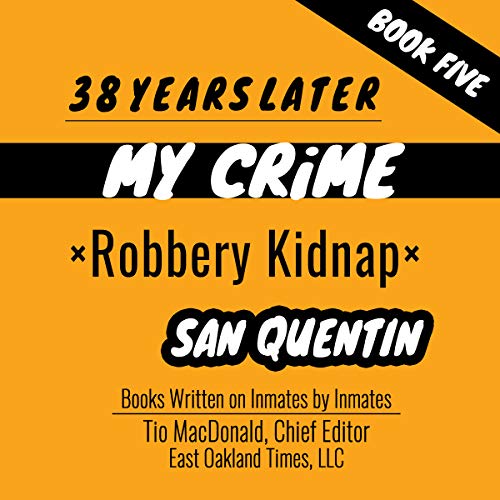 Brian Shipp is a risk-taker. He skis black-diamond slopes, throttles fast-moving motorcycles, and cherishes the thrill of an occasional misdeed. He is a young man with a twinkle in his eye and a propensity for getting caught. Through hard work and charm, he races his way to the top, only to find himself, time after time, crashing down due to ill-conceived schemes.

38 Years Later is a post-modern tale of a youth from a broken background making sense of the world by giving his all to every endeavor, be it unlawful or good-natured. It is the tale of a life in progress to this day.

Brian is the youngest child of three in a tradition-minded middle-class family that disintegrates during the days of the 1960s cultural shift. Similar to the times, Brian lives a life split between quicker, easier, yet riskier means of moving forward, namely illicit activities. The steady character and work ethic he inherited from his father.

Brian is not all strength nor immune to loss. The loss of a unified family and later, in his teenage years, a loss of a strong sense of personal identity form trying times for a gifted young man pulled by opposing internal dialogues on how to establish himself in the world.

38 Years Later covers two periods in Brian’s life: before prison and life in prison. The before-prison story takes the listener through Brian’s upbringing and early-life choices while living in the San Francisco Bay Area. The before-prison story also covers in detail the extraordinary play-by-play of Brian’s 1980 commitment offense, an offense for which he remains in prison today.

The life-in-prison story reveals how time does not stop when men face the world in shackles. Follow Brian as he states his nuptial agreement in the confines of prison. Laugh with Brian as his firstborn “springs a leak” while having his diaper changed in the prison visiting room.  Work with Brian as he builds a business from prison that makes it possible for his family to purchase their California home. Finally, stand with Brian as it all crashes down.

Brian’s story is a tale of redemption and a tale that exemplifies the enduring character of human hope.

The East Oakland Times, LLC welcomes you to purchase the audiobook today.

Materialism leads to a life of crime

This is the story of Brian Shipp who began shoplifting at the age of 10 and whose crimes escalated over the years until he found himself serving 7 years to life for kidnap robbery. His motivation is the desire for the finer things in life. Thirty eight years later he is taking responsibility for his crimes & seems to be doing positive things in prison both for others and to prepare for his possible release. I'm familiar with places he described in Northern California prior to his incarceration as well as music from that era & long since closed stores giving the story an authentic feel. This is an interesting & easy read which ends on a hopeful note. I highly recommend it!

Tio MacDonald tells his story in a clear and expressive way. He writes well, and maps out his life in stages that bring the reader through his experiences in chronological order to what lead him to serving year 38 of a 7 to Life sentence...for a crime that he really should no longer be incarcerated for. What’s most striking about MacDonald’s story is how extremely well he has succeeded at being a productive member of society while being simultaneously excluded from it. The story humanizes the man who committed a crime in an impulsive and chaotic moment in his life. It also shows a refreshing commitment on the author’s part to take responsibility for his actions and to understand the building blocks in early life that brought him to prison. Be prepared to feel the rage over the ridiculous system he finds himself in as a “political inmate”, caught in an unjust trap, having paid his dues to society and yet still having to remain in San Quentin, 38 years and a whole lot of insight and hard personal work, later.