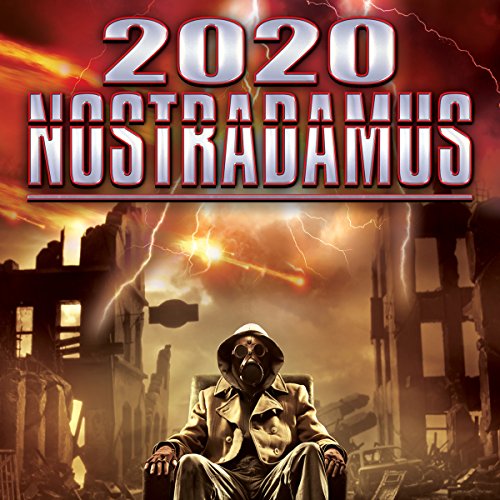 Born in 1503, the mysterious medieval visionary, Michel de Nostredame, aka "Nostradamus", predicted the rise of Hitler, the nuclear destruction of Hiroshima, and the 9/11 attacks. Now his quatrains are predicting our immediate future, and it would seem the end times are truly upon the world. According to the new interpretations, Nostradamus predicted that a mighty Islamic army of terror will rise up and set in motion World War III. China will conquer the entire East and much of the globe, and then a complete collapse of technology will spin the world into chaos like never before as the Antichrist rises in the West. Explore the prophecies and decide for yourself.

What listeners say about 2020 Nostradamus

The title 2020 isn't referring to a year. Instead it means 20/20 hindsight. Awful background music played the whole time. Little context. Large gaps from the narrator filled with the same 2 or 3 sound effects and music. Again I can't emphasize enough how annoyingly, terrible the background music is.

the guy reading it does good job but that's about the only good thing I can say about this one . save your money dont waste your time