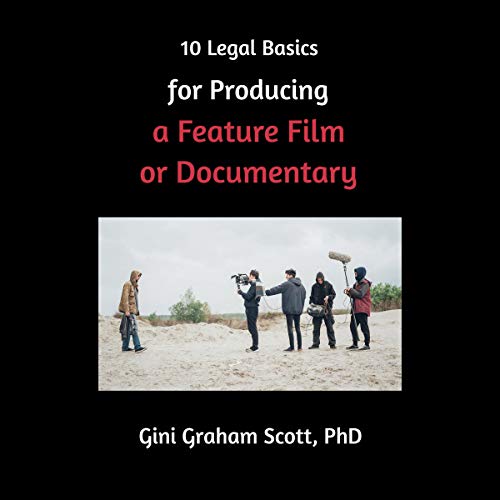 10 Legal Basics for Producing a Feature Film or Documentary

10 Legal Basics for Producing a Feature Film or Documentary

10 Legal Basics for Producing a Feature Film or Documentary describes the major legal documentaries you need to produce a feature-length film or documentary. It covers the basics of getting a fictitious name, filing for a copyright, obtaining E&O and other types of insurance, creating release forms for actors, interviewees, crew members, and other film participants, and much more.

The book is designed like a journal, so listeners can write down their ideas for what to do after listening to each tip.The book is part of a series of short books, in which each book features tips and techniques for becoming more successful in the film industry.

About the author: Gini Graham Scott, PhD is a screenplay writer, indie film producer, and TV game/reality show developer, plus a nonfiction writer who has published over 200 books, 50 for traditional publishers and 150 for her own company Changemakers Publishing. She also writes, reviews, and ghostwrites scripts and books for clients. She has written scripts for 20 feature films and has written and executive-produced 10 films and TV projects.