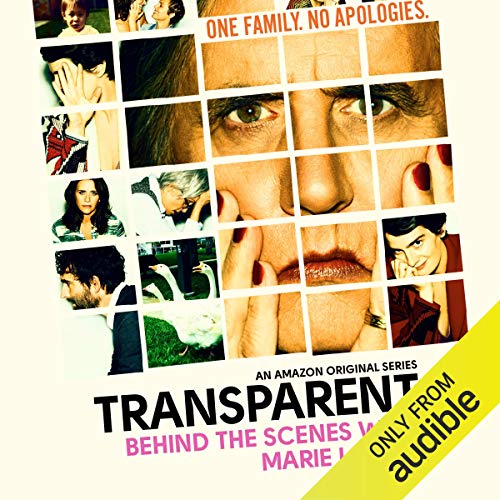 By: Transparent: Behind the Scenes
Narrated by: Marie Larkin

Transparent: Behind the Scenes delivers the inside scoop on the Amazon Original Series Transparent, starring Jeffrey Tambor, Judith Light, Amy Landecker, Jay Duplass, and Gaby Hoffman. It's the darkly comedic story of an LA family with serious boundary issues, whose past and future unravel when a dramatic admission causes everyone's secrets to spill out. Note: Spoilers ahead - Transparent: Behind the Scenes interviews reveal every twist and turn of Season 1!

Jeffrey Tambor doesn't work without Marie Larkin, Transparent's hair and wigs guru. In this interview, she convinces us that half the puzzle of character development is solved in the hair studio. (She has enough wigs in her personal collection to furnish 60 extras with '90s locks!) Marie has worked with Jeffrey since the beginning of his career, and talks about their partnership that - despite getting off to a rocky start - ended up lasting a lifetime.

Recorded and engineered by OutLoud Audio.

What listeners say about 10: Hair and Wigs Guru Marie Larkin