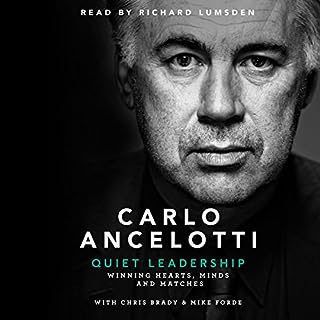 Carlo Ancelotti is one of the greatest managers of all time, with five Champions League titles to his name. Yet his approach could not be further from the aggressive theatricals favoured by many of his rivals. His understated style has earned him the fierce loyalty of players like David Beckham, Zlatan Ibrahimovic and Cristiano Ronaldo.

An outstanding insight in to the mind of one of the world's truly great coaches. Thoroughly recommended!