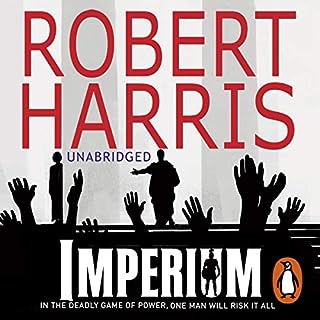 When Tiro, the confidential secretary of a Roman senator, opens the door to a terrified stranger on a cold November morning, he sets in motion a chain of events which will eventually propel his master into one of the most famous courtroom dramas in history. The stranger is a Sicilian, a victim of the island's corrupt Roman governor, Verres. The senator is Cicero, a brilliant young lawyer and spellbinding orator, determined to attain imperium - supreme power in the state.

I love everything about this book from the gripping story to the performance from Bill Wallis and I say performance because that’s exactly what it was, nothing short of brilliant. A must read!