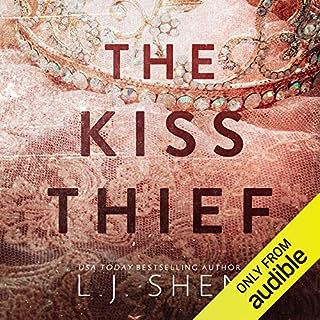 They say your first kiss should be earned. Mine was stolen by a devil in a masquerade mask under the black Chicago sky. They say the vows you take on your wedding day are sacred. Mine were broken before we left church. They say your heart only beats for one man. Mine split and bled for two rivals who fought for it until the bitter end. I was promised to Angelo Bandini, the heir to one of the most powerful families in the Chicago Outfit. Then taken by Senator Wolfe Keaton, who held my father’s sins over his head to force me into marriage.

You are most likely to enjoy this story if you have no hopes or expectations. Quite literally.

With two provisions: that the narration is really quite good and that there is some unexpected crude sexual references alongside some tame and sweet references.