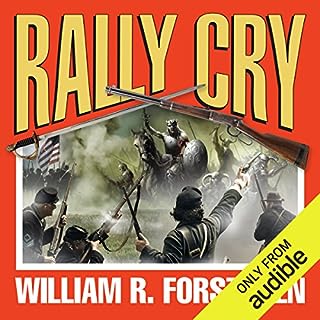 Boarding a transport ship after the Battle of Gettysburg, Colonel Andrew Keane and his 35th Maine regiment are swept into an alternate world. The first human civilization they encounter on this planet resembles medieval Russia, with boyars and priests ruling over the peasants and townspeople. Soon Keane and his regiment learn this world's terrible secret: that cannibalistic hordes of large, fierce Tugars circle the planet and demand tribute - including humans to be devoured.

Read this book over 20 years ago. it was brilliant as an audiobook. We'll performed and easy to listen to. time flew.