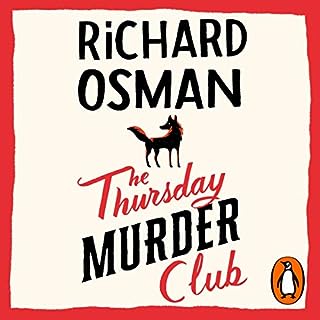 In a peaceful retirement village, four unlikely friends meet up once a week to investigate unsolved killings. But when a local property developer shows up dead, 'The Thursday Murder Club' finds themselves in the middle of their first live case. The four friends, Elizabeth, Joyce, Ibrahim and Ron, might be octogenarians, but they still have a few tricks up their sleeves. Can our unorthodox but brilliant gang catch the killer, before it's too late?

Having recently enjoyed Lesley Manville reading Anthony Horowitz i thought i'd give this a try -- but i was skeptical of a debut novel by a celebrity. i admit to be being pleasantly surprised. This isn't quite in the vein of Horowitz who is a master of the whodunnit. it is character-led, focused on residents in an upscale retirement village -- but somehow avoids all the stereotypes of cosy crime and Miss Marplesque busybodying to produce something quite inspiring. This is the elder community we all want to live in and these are the people we'd love be at 80. it is well written, fun, witty and warm. Not sure how The Sunday Times critic arrived at "reflects society as it is"?! To me there is something magical about it. The characters are substantial enough but they get away with a lot, rarely make a wrong turn and extract confessions remarkably easily, leaving the police a few steps behind. That this is so unlikely -- and yet plausible -- is the charm of this book. Nice chat with Marian Keyes at the end. 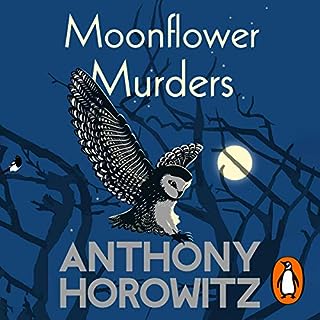 Retired publisher Susan Ryeland is living the good life. She is running a small hotel on a Greek island with her long-term boyfriend, Andreas. It should be everything she's always wanted - but is it? She's exhausted with the responsibilities of making everything work on an island where nothing ever does, and truth be told she's beginning to miss her old life in London.

This is pure escapist pleasure. The plotting is brilliantly done. Not one but two perfectly constructed whodunnits. Wonderfully read. Virtually flawless :) 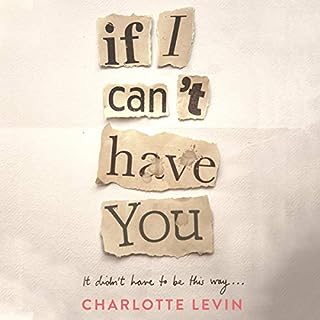 Samuel, the day we met I knew I’d finally found what I’ve been waiting for. You. Happiness, at last. Then you left me. And now I am alone. Everyone I love leaves in the end. But not this time. I’m not giving up on us. I’m not giving up on you. When you love someone, you never let them go. That’s why for me, this is just beginning.

Wonderful book, very compelling character -- in the vein of Eleanor Oliphant (and definitely as good IMO) 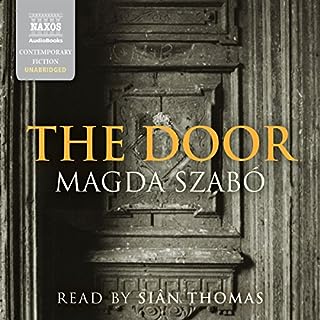 Intense, brilliant and moving, The Door is a compelling story about the relationship between two women of opposing backgrounds and personalities: one, an intellectual and writer; the other, her housekeeper, a mysterious, elderly woman who sets her own rules and abjures religion, education, pretense and any kind of authority. Beneath this hardened exterior of Emerence lies a painful story that must be concealed.

This is a magical, awe-inspiring book. Emerence is a wonderful character -- a bit like a Hungarian Olive Kitterage with more depth, passion and mystery. The central relationship is brilliantly written from the perspective of the writer, who seems to be an unreliable narrator to the extent that she lacks any real insight into Emerence. The fact that her dog is more clued in than she is a lovely touch. The writing is absolutely sublime in parts. There are some disturbing aspects to the story but it also warms the heart and is very funny in places. A really profound and transformative read. The performance is brilliant -- one of the best audiobooks I've heard. 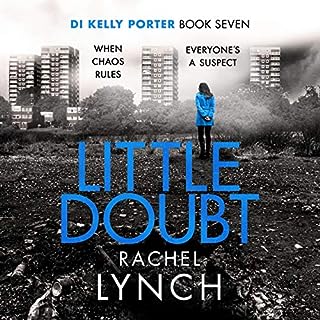 When Ella Watson, a woman of wealth and status, is brutally stabbed to death in broad daylight, it sends a shockwave through the Lake District community. Later that day, Keira Bradley meets the same fate. But whereas Ella’s murder is a tragedy, Keira’s death on the notorious Beacon Estate is just another statistic in a dangerous place.

Great return to form for Kelly Porter. Book 6 seemed to run out of steam but this is a great story with some exciting new directions emerging. Very enjoyable! 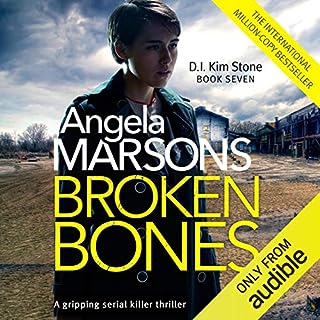 They thought they were safe. They were wrong. The murder of a young prostitute and a baby found abandoned on the same winter night signals the start of a disturbing investigation for Detective Kim Stone - one which brings her face to face with someone from her own horrific childhood. As more sex workers are murdered in quick succession, each death more violent than the last, Kim and her team realize that the initial killing was no one-off frenzied attack, but a twisted serial killer preying on the vulnerable.

Enjoyable but why the angry voice?

Kim Stone is a great character and this is one of the best stories of the series -- but i have a hard time with Jan Cramer's overdone angry voice. Sure, Kim is described as sarcastic but she is made to sound like some kind of sadistic, yelling headmistress. And it's not clear why she has a middle class Southern accent when she grew up in poverty in the Midlands. The other women all speak with a caricatural Brummy school girl voice, which admittedly wouldn't give Kim much authority. Feels like the narrator gets carried away with virtuoso accents and forgets what's actually being said. 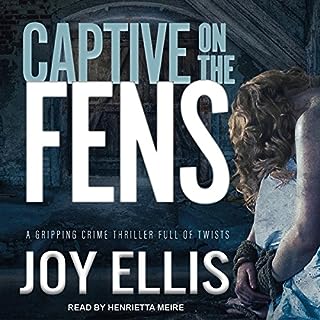 A young woman's body is found in a remote barn on the Fens. Before she was killed, one of her fingers had been cut off. Who is inflicting this violence and why? The young woman in the barn had been kept captive for some time. And the case shows strong similarities to an unsolved murder in Derbyshire. When another woman is found alive with similar injuries, the case grows even more complicated.

Good story and characters but the narration is a bit of an acquired taste. Great range of accents (Nicki's voice is good) but a little too extreme. A bunch of characters, including at least one police officer (inexplicably) have excessively plummy accents -- ie. not just middle class or posh but full-bore Princess Margaret! And most irritatingly, the reader defaults to a breathy Sloane voice for the general narration. Maybe this is her actual voice but i wish she'd tone it down a bit as it's just plain weird in this context. There are some LOL moments hearing 'Princess Margaret' verbalise phrases like "the old scrote" and "dragged himself up from the gutter". 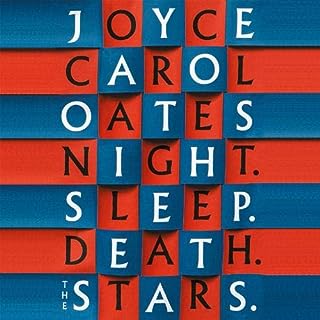 The bonds of family are tested in the wake of a profound tragedy, providing a look at the darker side of our society. Night. Sleep. Death. The Stars. is a gripping examination of contemporary America through the prism of a family tragedy: when a powerful parent dies, each of his adult children reacts in startling and unexpected ways and his grieving widow in the most surprising way of all.

An exceptional epic of American life -- deeply resonant with the times. I noted a reader comment elsewhere, questioning the appropriateness (in the context of BLM) of a plot in which a wealthy white man and former Mayor falls victim to police brutality, attempting to thwart a racist attack on another. But make no mistake, this is no tale of white heroism or a simple appropriation of the violence done to people of colour. The reader is initially placed in the (slightly uncomfortable) position of wanting to see the perpetrators of violence brought to justice--but the way in which white privilege affords certain avenues to 'justice' (even when futile) is increasingly disturbing. "Whitey", as the slain mayor is aptly called, is the symbol of a certain American way of life --a civic-minded, well respected, WASP, family man with a business. As the novel develops, it exposes a family desperately trying to keep in tact their idealised version of "Whitey". There are exquisite descriptions of grief, anger and anxiety -- but also, more distinctively, of a shared desperation enacted with the oblivious viciousness of entitlement. Whitey is not just the beloved patriarch but a cipher for a class and race privilege that is sustained by racism, snobbery, greed and self delusion. All of this surfaces as the most grotesque characters unravel. The pleasure in this exceptional writing and brilliant reading is mitigated just a tiny bit by the fact that the characters are so unlikable. Either they are self-serving, racist, deceitful manipulators or they are slightly pathetic enablers. Anyway, Joyce Carol Oates is unrelenting in her dissection of a family that in clever ways embodies the predicament of America itself. 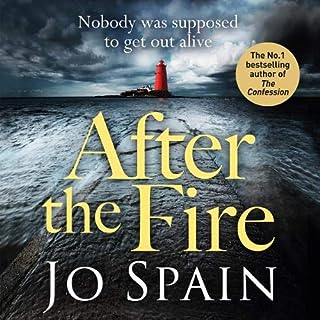 On a Dublin city street, packed with afternoon Christmas shoppers, a young woman appears, naked, traumatised and bearing burn marks. Tom Reynolds, now chief superintendent, is no longer head of the murder squad. But when it transpires the woman escaped from a house fire started deliberately and that there are more victims, including a baby, Tom is sucked in. What begins as a straightforward case of arson, soon becomes something much more sinister. The people in that house never wanted to be there in the first place. Now more of them are missing.

Eagerly anticipated but not the best in series

i am a devotee of Jo Spain + Aoife McMahon and couldn't wait for the next book in this series. it's certainly enjoyable -- especially for those who have followed the earlier exploits of this team of detectives -- but doesn't reach the heights of those earlier investigations that focused on aspects of Irish history like the Magdalen laundries. Also -- what made those earlier books so sublime was Aoife's range of Irish accents. This time round she's not so on top of the Geordie and Italian voices -- and the story feels a bit more generic. There's a changing of the guard and the characters haven't quite settled into their new roles. Ray Lennon had some good dialogue but Tom's wife is getting a bit sanctimonious! 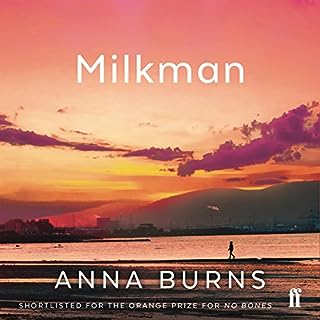 One of the best audiobooks of all time!

Superb writing, superb narration. Ignore those bad reviews. Sure, it is 'difficult' for some but this is not a flaw in the book, which is fresh and original in style, in its approach to the Troubles, and in its brilliant encapsulation of the micropolitics of gender and community relationships. Without doubt, one of the best books on Audible.