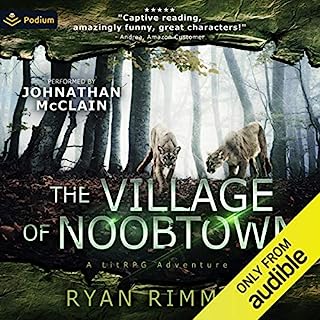 Jim and his literal shoulder demon have survived, so far, by the skin of their teeth. After finding a long-abandoned starter village, Jim has begun the process of rebuilding his town. Unfortunately for our favorite adventurer, the threats he now faces are far more complicated than mere monsters. The poor Noob has to deal with angry townsfolk, trade negotiations, and a talking badger. With goblins and bandits also sniffing around, will Noobtown - I mean Windfall - survive?

very witty story l ignore the stats that seems to be on going. am thankful for the audio as l would not have been able to read it. the word play is great 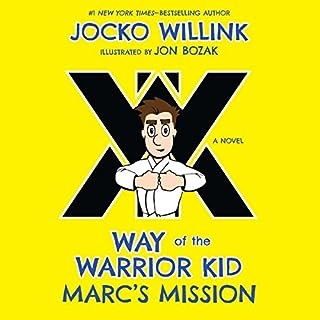 In Way of the Warrior Kid, Marc went from wimp to warrior in one summer. He learned to be strong inside and out, mastered his multiplication tables, conquered his fear of swimming, and even made nice with the meanest kid on the playground (who turned out to be not so mean after all). Now, in this second audiobook in the middle grade Warrior Kid series, Marc uses what he learned last summer to help another kid who needs a boost. Can he take the skills he learned from his Navy SEAL uncle Jake to instill the warrior spirit in someone who needs his help?

Marcus mission is for everyone

alright this book suppose to be for kids. l got curious after listening to the warrior kids podcast. bought wimpy to warrior kids on audible loved it then straight away bought marks mission. confession time l am 52 yrs old and loved every minute of it. learnt so much and will be making my own warrior code . thankyou