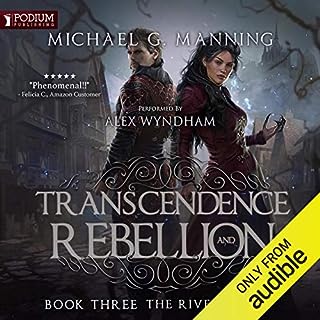 The world is on the cusp of destruction as Mordecai’s power grows beyond the limits of his own control, yet most of the powers that rule the world are oblivious. The only hope of salvaging their civilization lies with his children, but they have been scattered and branded outlaws. Meanwhile Tyrion continues to march toward his own goals, heedless of whether they will help or harm their efforts to stop the apocalypse, as even the Queen begins to doubt the archmage’s sanity.

Masterful end to an extraordinary story

I have been reading Michael work for some years beginning with The Blacksmiths Son. So it’s sad to see the completion of Mordecai’s storyAlex Wyndham has given yet another great performance complementing the story pace. What an Ending! 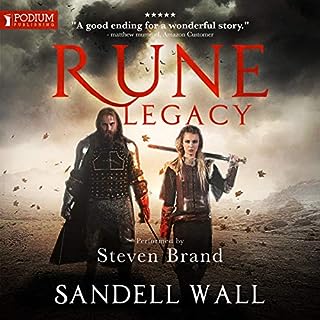 The emperor is dead. The White City of Amalt has fallen. Those who defy Savaroth's tyranny are enslaved, thrown into chains and forced to carry out his sinister designs. As Savaroth's corruption claims the Alkomian empire, an ancient and terrible evil rises from the bowels of the earth. Rumors of a creeping, entangling horror sweep through the war-torn countryside. But from deep within a living forest, Aventine leads a fragile rebellion against Savaroth's forces. Yet even as they seek to strike out against the tyrant, they are hunted by an eldritch monster that hounds their every step.

Great series. Really enjoyed this fantasy which teeters on the edge of grim-dark fantasy. Remus and Avantine are great characters showing growth and maturity as the series progresses. I hope their will be a new series with these characters. Well done Mr Wall! 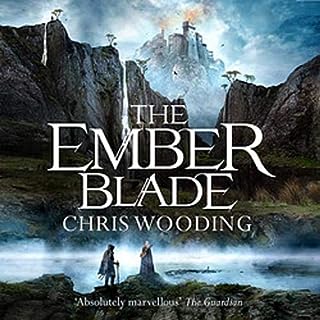 Aren has lived by the rules all his life. He's never questioned it; that's just the way things are. But then his father is executed for treason, and he and his best friend, Cade, are thrown into a prison mine, doomed to work until they drop. Unless they can somehow break free.... But what lies beyond the prison walls is more terrifying still. Rescued by a man who hates him yet is oath-bound to protect him, pursued by inhuman forces, Aren slowly accepts that everything he knew about his world was a lie. 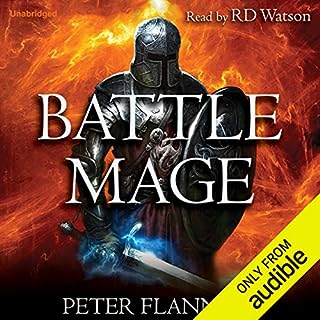 The world is falling to the burning shadow of the Possessed and only the power of a battle mage can save it. But the ancient bond with dragonkind is failing. Of those that answer a summoning too many are black. Black dragons are the enemy of humankind. Black dragons are mad. Falco Dante is a weakling in a world of warriors, but worse than this, he is the son of a madman. Driven by grief, Falco makes a decision that will drive him to the brink of despair. As he tries to come to terms with his actions Falco follows his friends to the Academy of War.

A true epic fantasy. Unfortunately some sentences have been clipped so you only hear half of the last word. Regardless, I really enjoyed the plot and I’m hoping we see more of Falco Dante.