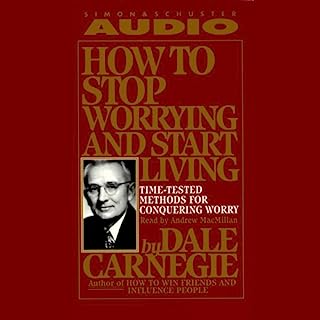 Through Dale Carnegie's seven-million-copy best seller, recently revised, millions of people have been helped to overcome the worry habit. Dale Carnegie offers a set of practical formulas you can put to work today, formulas that will last a lifetime!

Narrator has lovely calming voice to listen to. This book helped to change my life, I worried endlessly. I started listening and thought yes but how does this apply to me, as I keep listening I found this to be very relevant. I now no longer worry endlessly over everything I have peace. My anxiety has dropped to almost nothing. All the years of worrying for what, none of it ever happened. If you have anxiety and worry this is worth a read. 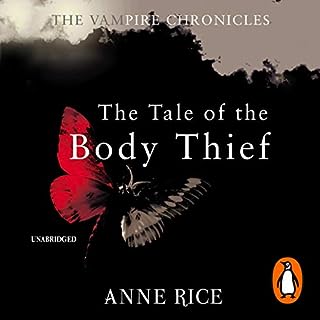 Electrifying, erotic, terrifying - the fourth novel in the Vampire Chronicles is as rich, as violent, as sensual as the runaway best sellers that precede it. The burden of immortality is weighing upon the vampire Lestat. In a desperate bid to end his everlasting life, he attempts suicide by flying into the sunrise above the Gobi Desert. The attempt fails, but it intensifies his desire to be human again. Just as Lestat resigns himself to the body of a killer, he is approached by the body thief, a creature who covets Lestat's monstrous power and can give him what he wants.

Filled with suspense, couldn't stop listening to find out what happened to lestat. There were twists I couldn't have imagined loved it. 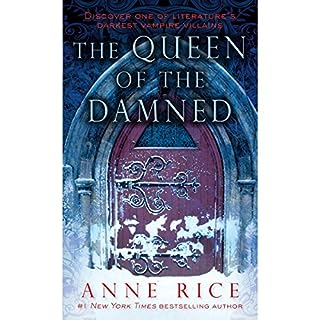 I loved it each book journeys further in exploring different characters, their history and relationships. 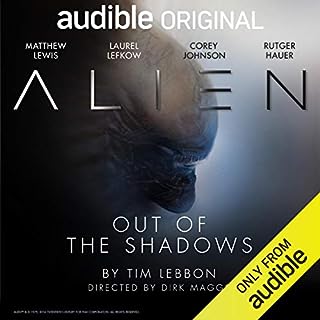 As a child, Chris Hooper dreamed of monsters. But in deep space, he found only darkness and isolation. Then, on planet LV178, he and his fellow miners discovered a storm-scoured, sand-blasted hell - and trimonite, the hardest material known to man. When a shuttle crashes into the mining ship Marion, the miners learn that there was more than trimonite deep in the caverns. There was evil, hibernating and waiting for suitable prey.

Loved it, with the music and sound effects it was even better. Hope there are more stories to come 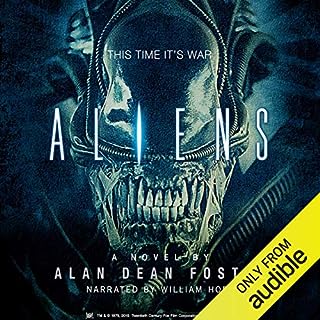 Returned to Earth, Ellen Ripley learns that a colony has been established on LV-426, the planet where the crew of the Nostromo found the original Alien. But contact with the colonists has been lost, so she must accompany a unit of colonial marines to discover their fate. And to destroy any Aliens found on the planet known as Acheron. This is a groundbreaking sequel by science fiction legend Alan Dean Foster, with the wonderful characters and rapid-fire action that make Aliens one of the greatest science fiction films of all time.

Thoroughly enjoyed it, will narrated and I love the preview for the next book at the end. Can't wait to get the next book. Thank you 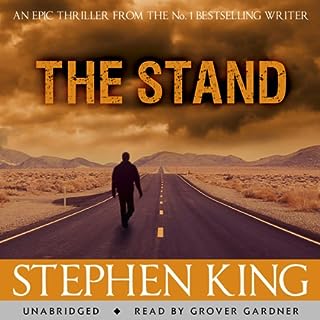 First came the days of the plague. Then came the dreams. Dark dreams that warned of the coming of the dark man. The apostate of death, his worn-down boot heels tramping the night roads. The warlord of the charnel house and Prince of Evil. His time is at hand. His empire grows in the west and the Apocalypse looms. For hundreds of thousands of fans who read The Stand in its original version and wanted more, this new edition is Stephen King's gift.

Have always loved this book

Grover Gardner was the perfect person to narrate this book, set the mood perfectly.