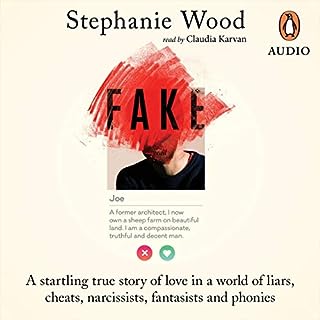 When Stephanie Wood meets a sweet, sophisticated man who owns land and businesses, she embarks on an exhilarating romance with him. He seems compassionate, truthful and loving. He talks about the future with her. She falls in love. She also becomes increasingly beset by anxiety at the lavish three-act plays he offers her in the form of excuses for frequent cancellations and no-shows. She begins to wonder, who is this man? When she ends the relationship Stephanie switches back on her journalistic nous and uncovers a story of mind-boggling duplicity and manipulation.

It’s something you hear more and more about these days - online dates turning out to be conmen and conwomen. This book was so interesting and well-written. I devoured it. What happened to the author could really have happened to any of us. 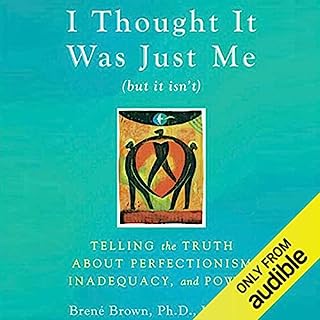 Based on seven years of ground-breaking research and hundreds of interviews, I Thought It Was Just Me shines a long-overdue light on an important truth: Our imperfections are what connect us to each other and to our humanity. Our vulnerabilities are not weaknesses; they are powerful reminders to keep our hearts and minds open to the reality that we're all in this together.

Great introduction to the subject

I had seen this book a number of times before I decided to give it a go and I am glad that I did. I wasn’t particularly interested in shame and a few of the reviews said that the subject matter was heavy going so it took me a while to decide to try it, but I’m glad I did. I really enjoyed this. I thought it was more practical than the other Brene Brown book I have read. It has inspired me to think differently about my own shame perspective. 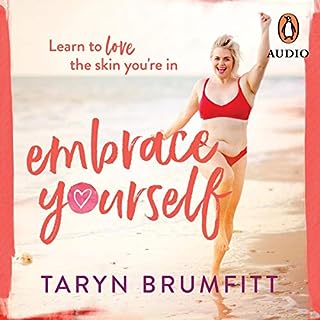 'Your body is not an ornament - it is the vehicle to your dreams.’ When was the last time you wore a bikini without a care in the world? Did a bomb in the pool? Or participated in an activity that gave you such a thrill you almost wet your pants? (Or you actually did!) Taryn Brumfitt - director of award winning documentary Embrace and fiercely passionate champion of women - has inspired over a million people across the world to embrace their bodies. Her message is urgent, critical, and incredibly inspiring. Learn to accept your body for all the wonderful gifts it brings you and reject the destructive fake images we are bombarded with every day.

A shallow look at a real issue

I tried to like this, really I did. My first problem with this book came at the outset when the author waxed lyrical about the movement she “founded”. Say what? Body positivity has been around for a long, long time and a lot of thinkers have been writing about it. Similarly, a lot of academics have dedicated their whole careers to body image studies. Rebranding body positivity as “embrace” or whatever you want to call it does not mean you invented anything. Secondly, the constant references to social media were excruciating. At one point - still in the introductory bit I think - the author/narrator tells us about a fabulous person, whose main claim to fabulousness is the fact she has X number of Instagram followers and if we don’t already, we should follow her on social media immediately. As if the emphasis on social media and its artificial reality isn’t a major contributor to body image problems! The book had a shallow, gushing quality with the author constantly reminding us about her amazing journey to social media stardom and I just can’t believe it, and it all began at my kitchen table, but I’ve done something amazing! You’ve invented a catchy tag line to promote ideas you didn’t come up with. I really did try to get into it but it wasn’t for me. I’m clearly in the minority however so maybe it will do some good with helping others get interested in body image the wealth of great research out there on the subject. 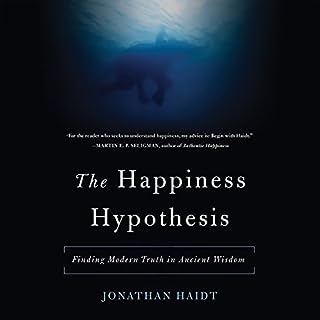 The Happiness Hypothesis is about ten Great Ideas. Each chapter is an attempt to savor one idea that has been discovered by several of the world's civilizations - to question it in light of what we now know from scientific research, and to extract from it the lessons that still apply to our modern lives and illuminate the causes of human flourishing. Award-winning psychologist Jonathan Haidt, the author of The Righteous Mind, shows how a deeper understanding of the world's philosophical wisdom and its enduring maxims can enrich and even transform our lives.

I really liked this. It's entertaining to hear different theories about happiness and I liked the way each theory can be practised in our own modern lives. It was one of those books where you can listen to it bit-by-bit without forgetting what it was about. 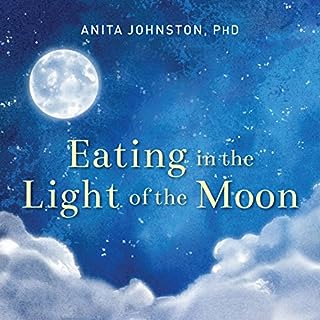 Weaving a rich tapestry of multicultural myths, ancient legends, and simple folktales, Anita Johnston, PhD, inspires women to free themselves from disordered eating by discovering the metaphors that are hidden in their own life stories.

I have never come across this kind of work before - using myths and fairytales to illustrate women’s issues with food - so it was very interesting. Overall, I liked it. It made me think that disordered eating among women is a social problem because of the stories we tell ourselves about how we should be as women. 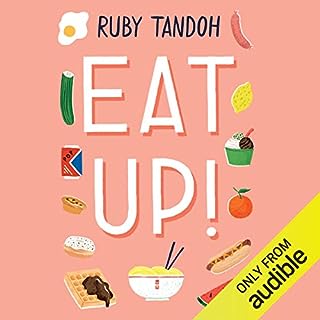 In Eat Up, Ruby Tandoh celebrates the fun and pleasure of food, taking a look at everything from gluttons and gourmets in the movies to the symbolism of food and sex. She will arm you against the fad diets, food crazes and bad science that can make eating guilt-laden and expensive, drawing eating inspiration from influences as diverse as Roald Dahl, Nora Ephron and Gemma from TOWIE. Filled with straight-talking, sympathetic advice on everything from mental health to recipe ideas and shopping tips, this is an audiobook that clears away the fog, to help you fall back in love with food....

Great story - I struggled with the narrator

I really liked Tandoh's writing style and her over-the-top descriptions suit her subject. I really struggled with her narration though. She speaks in a flat monotone about what should be an uplifting subject. I found her narration style negative, as if she were speaking about something very difficult and painful, when what she is describing is actually a celebration of food. I would not have gotten past this if it wasn't for the quality content of the writing. I got used to it more as I got into the book but it continued to bother me right to end. 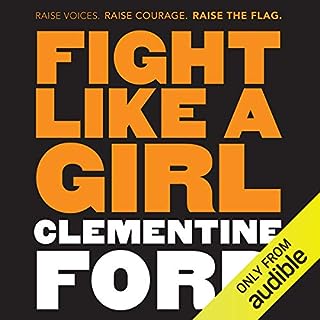 Online sensation, fearless feminist heroine and scourge of trolls and misogynists everywhere, Clementine Ford is a beacon of hope and inspiration to thousands of Australian women and girls. Her incendiary debut, Fight Like a Girl, is an essential manifesto for feminists new, old and soon to be and exposes just how unequal the world continues to be for women.

Some good points but overly aggressive

Ford has some good ideas about what it means to be a woman in Australia. I think that some of her message is lost in the aggressive way that she talks about men's privilege. I think that we can have discussions about feminism and male privilege without necessarily being combative but Ford approaches every topic with her boxing gloves on. I guess I could have figured that out from the title of the book. Overall, I liked it more than I disliked it but I think she goes a bit too far in places, e.g. she bathes in the tears of privileged men. I wondered if some of her language choices were deliberate attempts at controversy, which can get to be a bit too much when used quite so often. 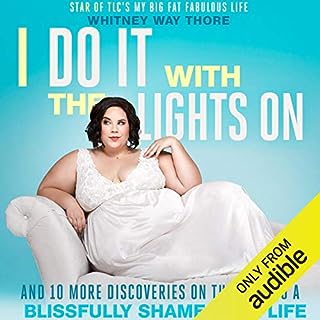 From the star of TLC's My Big Fat Fabulous Life and the YouTube sensation "A Fat Girl Dancing" comes an empowering memoir about letting go of your limitations and living the life you deserve. Right now. Whitney Way Thore stands five feet two inches tall and weighs well over 300 pounds, and she is totally, completely, and truly...happy. But she wasn't always the vivacious, confident woman you see on TV. Growing up as a dancer, Whitney felt the pressure to be thin.

Try it, even if it's not your usual thing

I'm glad I bothered with this book. I had heard of it from a few different sources but I didn't read it because I'm not particularly passionate about fat acceptance. However, I was wrong to disregard it because you do not need to be a body positivity warrior to enjoy this book. It is an entertaining story, and I enjoyed hearing about the author's experiences living as a fat woman. I was saddened to hear about how much abuse she is subject to just because she is fat. This book made me think about how we judge the bodies of others and all the reasons why I need to be more aware of my own judgments about bodies. I don't agree with the author's position that she is overweight and unable to lose weight because she has PCOS, but I liked her story nonetheless. You don't have to agree with her to be able to see her perspective. 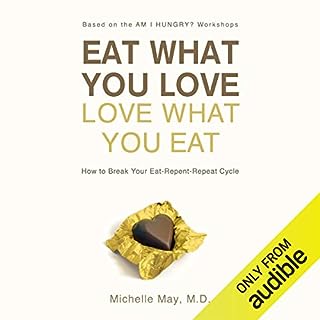 Do you regularly deprive yourself, succumb to temptation, feel guilty, and then start the process all over again? If so, you need this book. Dr. Michelle May will guide you out of the food-focused, diet-driven downward spiral that leads you to eat, repent, and repeat. She offers a powerful alternative: stop being afraid of food and start eating mindfully and joyfully.

I liked this book because it isn’t just theory and idealism, the author uses real people to demonstrate her ideas and offers practical suggestions for how to integrate the concepts into your life. I struggle with some of the mindful eating ideas because they seem more about spirituality, which is not something I am particularly interested in. I did not feel like the author was trying to convert me to Buddhism, which was a nice change. I really liked this book and will read it again. Read it if you are interested in mindful eating but aren’t too keen on the idea of stopping your life to gaze deep into your inner soul every time you sit down to lunch. 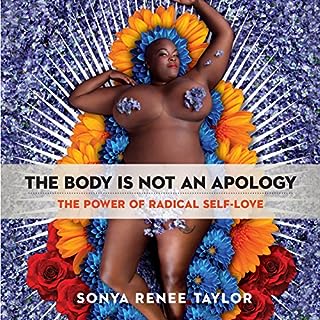 A global movement guided by love. Humans are a varied and divergent bunch with all manner of beliefs, morals, and bodies. Systems of oppression thrive off our inability to make peace with difference and injure the relationship we have with our own bodies. The Body Is Not an Apology offers radical self-love as the balm to heal the wounds inflicted by these violent systems. World-renowned activist and poet Sonya Renee Taylor invites us to reconnect with the radical origins of our minds and bodies and celebrate our collective, enduring strength.

I have been turned off books about body love because they seem too wishy-washy to me - I love me, I’m beautiful, blah blah blah. This was nothing at all like that. It shows how negative beliefs about our bodies are part of the social structures that we live in but it also tells us how we can start to effect positive change. I loved the way this book was not focused on weight but on bodies generally. It has really enlightened me to way I think about difference and how I can be more inclusive toward others.