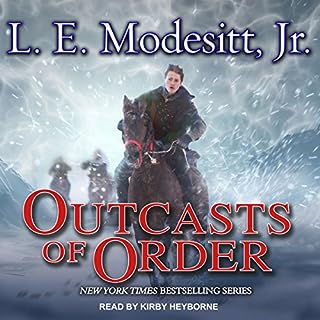 Beltur, an Order mage, discovers he possesses frightening powers not seen for hundreds of years. With his new abilities, he survives the war in Elparta and saves the lives of all. However, victory comes with a price. His fellow mages now see him as a threat to be destroyed, and the local merchants want to exploit his power. There's only one way he can remain free and survive - he's going to have to run.

I didn't want it to end

This is the best book I've read/ heard in a long time. I loved the characters and the way the story was fashioned. It felt like it was real. 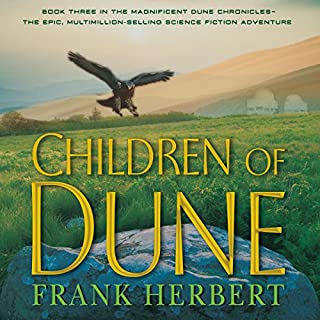 The sand-blasted world of Arrakis has become green, watered, and fertile. Old Paul Atreides, who led the desert Fremen to political and religious domination of the galaxy, is gone. But for the children of Dune, the very blossoming of their land contains the seeds of its own destruction. The altered climate is destroying the giant sandworms, and this in turn is disastrous for the planet's economy.

I loved it so much and I can't wait to hear the next in the series.