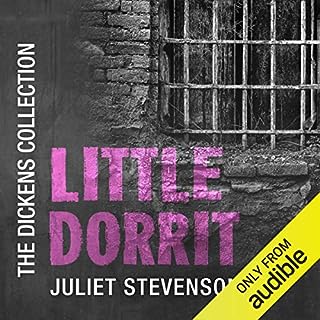 This Audible Exclusive production revisits Charles Dickens’ tragi-comic novel Little Dorrit. Written during the Crimean War, it a story of fortunes won and lost and a masterly portrayal of the failings of Victorian Society, with the ever-present spectre of law enforcement and imprisonment looming over a fearful population. Divided into two parts, Book One: Poverty and Book Two: Riches, Little Dorrit satirises the debtors prisons and the detrimental effect of enforcing a British class system.

This wonderful tale of Charles Dickens is so stunningly performed by Juliet Stevenson. If I could give her a hundred stars, I would enthusiastically do so ! 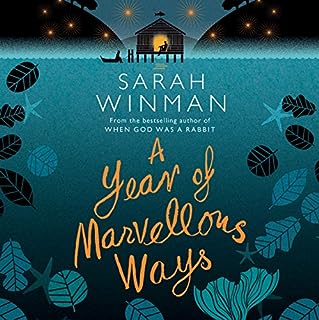 A Year of Marvellous Ways is the much anticipated and utterly beguiling new novel from Sarah Winman, author of the international best seller When God Was a Rabbit. Cornwall, 1947. Marvellous Ways is a 90-year-old woman who's lived alone on a remote creek for nearly all her life. Recently she's taken to spending her days sitting on a mooring stone by the river with a telescope. She's waiting for something - she's not sure what, but she'll know it when she sees it.

Marvellous insight expressed in poetic prose of timely infinite truths that rest in the heart with gentle simplicity.