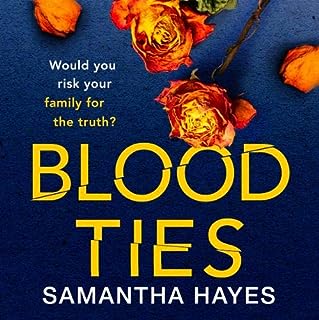 January 1992. A baby girl is left alone for a moment. Long enough for a mother to dash into a shop. Long enough for a child to be taken. Thirteen years later, solicitor Robert Knight's stepdaughter wins a place at a prestigious London school for the gifted. The only puzzle is his wife Erin's reaction. Why is she so reluctant to let Ruby go? Doesn't she want what's best for her? As Erin grows more evasive, Robert can't help but feel she has something to hide and when he stumbles on mysterious letters, he discovers she has been lying to him.

Another great book with many twists, always keeps you guessing. A must read! I really enjoyed it. 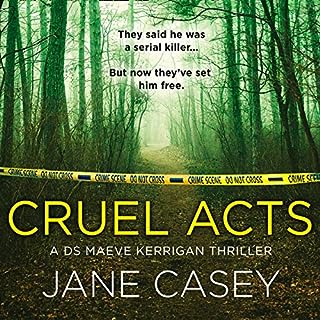 Leo Stone is a ruthless killer or the victim of a miscarriage of justice. A year ago, he was convicted of the murder of two women and sentenced to life in prison. But now he's free, and according to him, he's innocent. DS Maeve Kerrigan and DI Josh Derwent are determined to put Stone back behind bars where he belongs, but the more Maeve finds out, the less convinced she is of his guilt. Then another woman disappears in similar circumstances. Is there a copycat killer, or have they been wrong about Stone from the start?

One of my faves in the series

I really enjoyed this book in the series. Great story as well as action and a twist for Maeve. 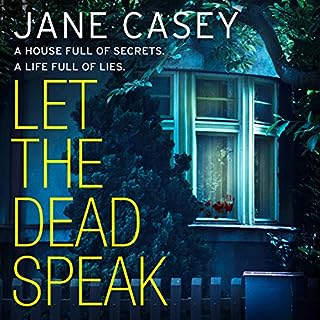 Eighteen-year-old Chloe Emery returns to her West London home one day to find the house covered in blood and Kate, her mother, gone. There may not be a body, but everything else points to murder. Maeve Kerrigan is young, ambitious and determined to prove she's up to her new role as detective sergeant. She suspects Chloe is holding something back, but best friend Bethany Norris won't let Maeve get close. What exactly is Bethany protecting Chloe from? As the team dig deeper into the residents of Valerian Road, no one is above suspicion.

Not the best book in the series. Rob broke my heart again though! Love Josh’ character, he’s so protective of Maeve. I hope Maeve gets some thrill back in to her life though in the next book. 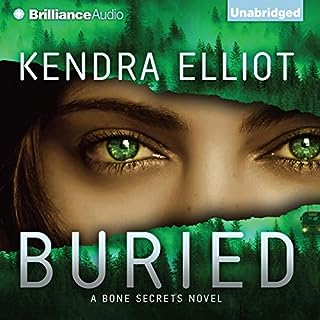 Reporter Michael Brody is used to getting answers. The one that’s eluded him, though, for 20 long years is learning what happened to his brother, Daniel, the day his school bus disappeared. When the remains of the other children are discovered - and Daniel’s aren’t among them - a desperate Michael calls upon the sole survivor of the tragedy, Chris Jacobs, hoping he will finally break his silence.Constant fear of being found by his kidnapper has driven Chris into hiding. The only lead Michael has is Chris’s sister, Jamie.

I love these books. An unexpected twist, keeps me loving them more! I really enjoyed the story and characters. 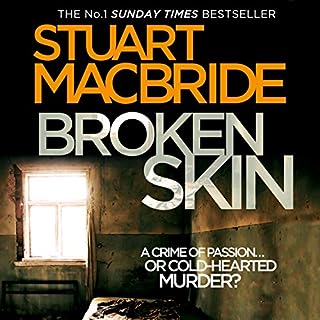 The Granite City's seedy side is about to be exposed.... A serial rapist is leaving a string of tortured women behind him, but while DS Logan McRae's girlfriend, PC Jackie 'Ball Breaker' Watson, is out acting as bait, he's trying to identify a blood-drenched body dumped outside Accident and Emergency. Logan's investigations suggest someone in the local bondage community has developed a taste for violent death, and he soon finds himself dragged into the twilight world of pornographers, sex-shops and S&M.

A great read, quirky humor. I’m enjoying the characters and their voices. Really enjoyed the story line. Need to know what’s happening next... 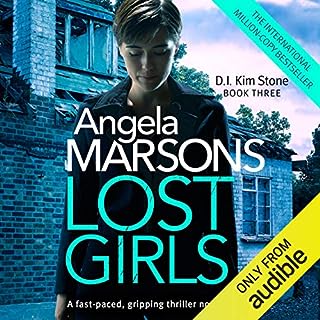 When nine-year-old best friends Charlie and Amy disappear, two families are plunged into a living nightmare. A text message confirms the unthinkable; that the girls are the victims of a terrifying kidnapping. And when a second text message pits the two families against each other for the life of their children, the clock starts ticking for D.I. Kim Stone and the squad.

My favorite so far!

Loved everything about this book. I love how parts of DI Stones past is unraveling. A great read. 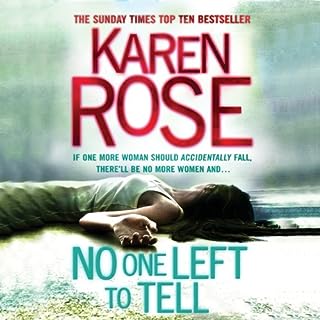 Ramon Munoz has spent five years in prison, convicted of a murder his family is convinced he did not commit. In desperation and unable to get the courts to take them seriously, they turn to private investigator Paige Holden for help. Newly arrived in Baltimore following the fatal shooting of one of her friends, Paige cannot resist the family's pleas.

Love Karen’s books. Often struggle with the narrator, but enjoyed this one. Great story, great twists as per her usual brilliant work. 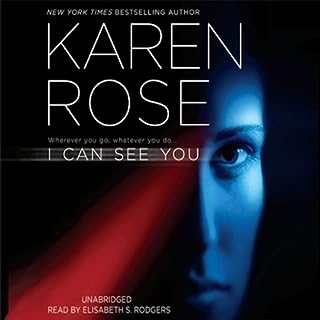 A pulse-pounding suspense novel, where the line between the virtual world and reality gets blurred when it comes to murder. Complete and unabridged. Evie Wilson was the victim of the villain in DON'T TELL, an assault which resulted in paralysis on one side of her face. After her injury, Evie retreated into the virtual realm, seeking refuge from the public eye by interacting with online friends. Now, with the help of a surgeon, Evie's face is restored and she is ready to return to the real world.

Addicted to these books!!

I couldn’t put this down. Love all the characters and how Karen keeps previous characters in the story, even if they are not the main focus of the story. Really enjoyed this narration as previously been disappointed in the choice of narrators. 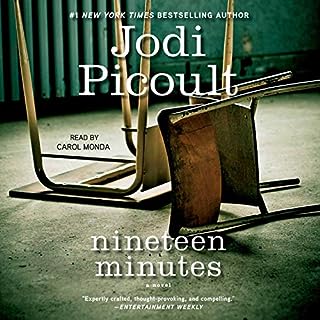 Sterling is an ordinary New Hampshire town where nothing ever happens - until the day its complacency is shattered by an act of violence. Josie Cormier, the teenage daughter of the judge sitting on the case, should be the state's best witness, but she can't remember what happened before her very own eyes - or can she? As the trial progresses, fault lines between the high school and the adult community begin to show - destroying the closest of friendships and families.

Both sides of the story

This book really made me think about the parents involved when their children are bullied. A great read as usual from Jodi. 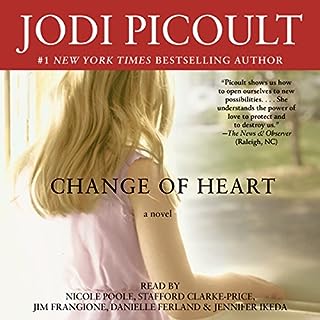 One moment June Nealon was happily looking forward to years full of laughter and adventure with her family, and the next she was staring into a future that was as empty as her heart. Now her life is a waiting game. Waiting for time to heal her wounds, waiting for justice. In short, waiting for a miracle to happen. For Shay Bourne, life holds no more surprises. The world has given him nothing, and he has nothing to offer the world. In a heartbeat, though, something happens that changes everything for him.

A very interesting storyline. A bit drawn out in the religious chapters, but as per Jodie’s usual stories well researched and very well written.