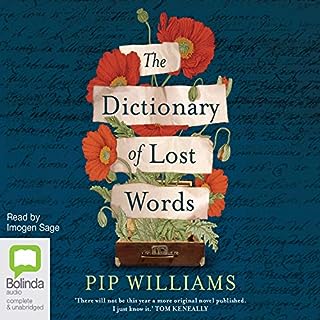 Motherless and irrepressibly curious, Esme spends her childhood in the Scriptorium, a garden shed in Oxford where her father and a team of lexicographers are gathering words for the very first Oxford English Dictionary. Esme’s place is beneath the sorting table, unseen and unheard. One day, she sees a slip containing the word bondmaid flutter to the floor unclaimed. Esme begins to collect other words from the Scriptorium that are misplaced, discarded or have been neglected by the dictionary men.

I really enjoyed listening to this book until the end when the reader kept mispronouncing Aboriginal words. It’s wonderful to have the First Nations of the Adelaide Plains acknowledged but it really ruins the intention when the names of those people are mispronounced (Kaurna may start with a K but it’s pronounced as a G). A little extra care should have been taken by the producers of this audiobook when faced with words they obviously had never heard before, especially when the book deals so closely with words and their meanings. Otherwise this is a thoughtfully written book, well researched and insightful. I highly recommend it. 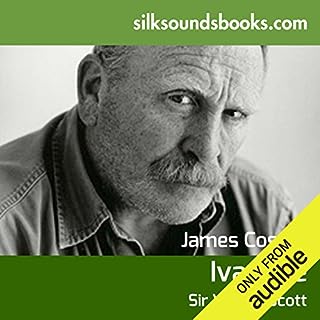 This is one of Sir Walter Scott’s greatest adventures, set amongst the roaring battles of the struggle between the Normans and the Saxons for control of medieval England. It deals with the rivalry between King Richard the Lion-Heart and his brother, John. We follow the adventures, skirmishes and romances of the hero, Ivanhoe, a Saxon knight loyal to King Richard, as he attempts to survive the England of King John alongside the disguised Richard and, of course, Robin Hood.

I really enjoyed this reading of the classic Ivanhoe by Sir Walter Scott. This is a great story with everything from romance to battles. Even though most of the themes and characters are familiar to me I was still kept interested and James Cosmo’s voice was a delight to listen to. I highly recommend this book. 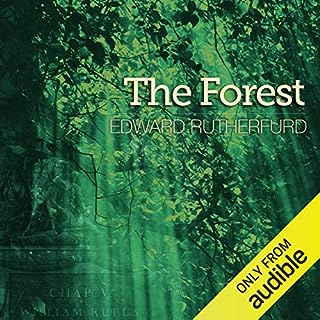 Few places lie closer to the heart of the nation's heritage than the New Forest. Now, Edward Rutherfurd weaves its history and legends into compelling fiction. From the mysterious killing of King William Rufus, treachery and witchcraft, smuggling and poaching run through this epic tale of well-born ladies, lowly woodsmen, sailors, merchants and Cistercian monks. The feuds, wars, loyalties and passions of generations reach their climax in a crime that shatters the decorous society of Jane Austen's Bath.

I thoroughly recommend this book!. Cleverly written using 900 centuries of local history. I truly didn’t want it to end. It was also wonderful to have a narrator who was able to voice female characters without sounding like a comic female impersonator. Well worth every cent spent. 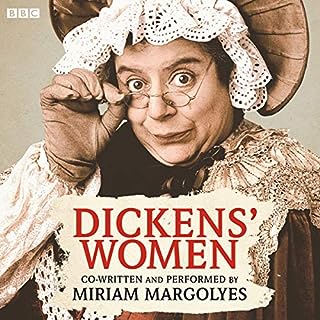 From Little Nell to Miss Havisham, Dickens’ Women tells the story of Charles Dickens’ life through his beloved characters. Cowritten and performed by Miriam Margolyes, best known for her role as Professor Sprout in the Harry Potter films, this one-women show is a celebration of her infectious passion for Dickens’ work. Taking on 23 different Dickensian characters, many of whom were inspired by real people such as Mary Hogwarth, Dickens' sister-in-law, Margolyes showcases her astonishing versatility as a performer. Dickens’ Women delighted audiences across the world in 2012 as Margolyes took her Olivier nominated show on tour for the bicentenary of Dicken’s birth.

Miriam Margolyes at her best

Sound recording of Miriam Margoyles stage production Dickens’ Women. Miriam really brings Dickens and his female characters to life in this wonderful one woman show. I highly recommend it to fans of both Dickens and Margoyles. You won’t regret it! 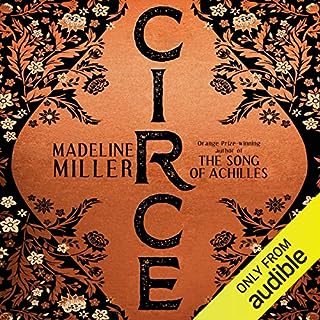 From the Orange Prize-winning, internationally best-selling author of The Song of Achilles comes the powerful story of the mythological witch Circe, inspired by Homer's Odyssey. In the house of Helios, god of the sun and mightiest of the Titans, a daughter is born. But Circe has neither the look nor the voice of divinity and is scorned and rejected by her kin. Increasingly isolated, she turns to mortals for companionship, leading her to discover a power forbidden to the gods: witchcraft.

Circe has it all!

Circe has it all - mystery, betrayal, magic, monsters love and loss. I was spell bound right to the end. A great read! 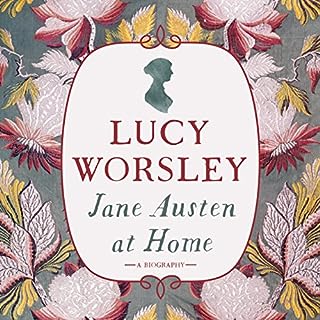 On the 200th anniversary of Jane Austen's death, historian Lucy Worsley leads us into the world in which our best-loved novelist lived. This new telling of the story of Jane's life shows us how and why she lived as she did, examining the rooms, spaces and possessions which mattered to her and the way in which home is used in her novels to mean both a place of pleasure and a prison. It wasn't all country houses and ballrooms; in fact her life was often a painful struggle.

I thoroughly enjoyed this book. It’s well researched, written and read. Interesting from beginning to end. Not to be missed. 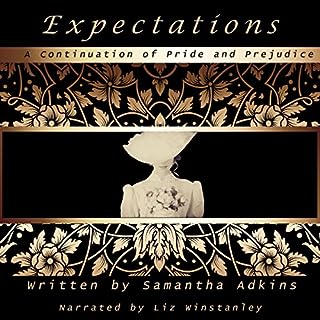 Six months after Pride and Prejudice, Darcy and Elizabeth are deeply in love. Elizabeth is planning her first ball at Pemberley, while Georgiana Darcy considers a life of spinsterhood. Wickham has used her so terribly, she cannot face another prospect. However, her handsome neighbor, Phillip Lawson, is a continual distraction. Then, Lydia Wickham arrives uninvited with an alarming announcement. Can the Darcy's love survive?

Like having a favourite old aunt read you a bedtime story

Despite a few technical difficulties at the beginning of this reading of Expectations: a Continuation of Pride and Prejudice, I really enjoyed this book. Elizabeth Winstanley’s narration is not perfect but truly did remind me of being read to by a much loved maiden Aunt. The story itself is a lively tale of unrequited love, the newness of marriage and the birth of heirs in Regency England. Many twists and turns lead to the final happy (and expected) conclusion. A much better telling of the continuing lives of Jane Austen‘s much loved characters than others available on Audible. 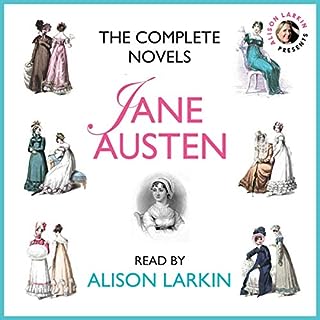 Ever since Colin Firth's Mr Darcy emerged from the lake in the BBC adaptation of Pride and Prejudice, the novels of Jane Austen have become more popular than ever, delighting millions of fans all over the world. Now, Alison Larkin's critically acclaimed narrations of Austen's six completed novels are brought together in this very special 200th anniversary audio edition. "Alison Larkin's narration will captivate listeners from the first sentence" raves AudioFile magazine about the Earphones Award-winning recording of Sense and Sensibility, which starts the collection.

Alison Larkin does a wonderful job narrating this collection of Jane Austen’s best known works. The only annoyance is the naming of each chapter which breaks up the story somewhat and the way Audible have chosen to package the download in chunks which makes it difficult to find the beginning of each separate book. 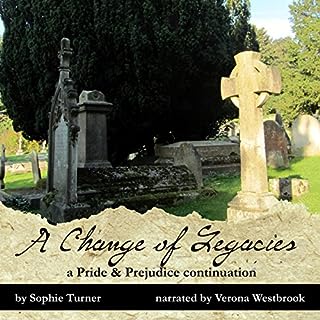 The preparations for Elizabeth’s birth and the beginning of Georgiana’s married life do not go as smoothly as either of them would wish, and they must each consider an alternate legacy for Pemberley as they encounter opposite sides of the same "what if?" Meanwhile, for the first time, Mary Bennet finds herself romantically interested in a man, but will her own character and his family get in her way?

Awful. Don’t abuse your ears by listening to this story!

Jane Austen must be rolling in her grave in great distress! The first story in the series was good however the second is so utterly ridiculous, that it was only to find out how horrible it could become that made me listen to the end. I was not disappointed. Ridiculous, never ending dream sequences and almost word for word retelling of the original Pride and Prejudice story made this book almost insupportable to listen to. Also, the narrator has a staccato delivery that is highly annoying.