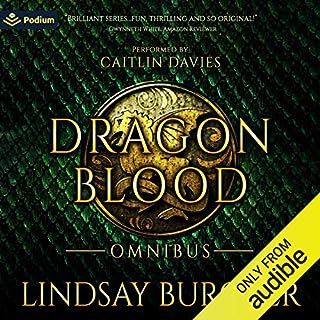 A thousand years have passed since a dragon has been seen in the world. Science and technology have replaced magic, which has dwindled until it has become little more than an element of myth and legend. There are those who still have dragon blood flowing through their veins, distant descendants of the mighty creatures of old. These rare humans have the power to cast magic, the power to heal, and the power to craft alchemical weapons capable of starting wars...or ending them.

Story was good, but the narrator forgot to say her t's which was an unpleasant distraction. 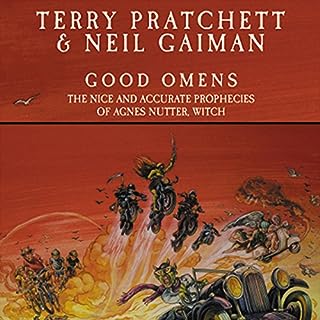 According to The Nice and Accurate Prophecies of Agnes Nutter, Witch - the world's only totally reliable guide to the future - the world will end on a Saturday. Next Saturday, in fact. Just after tea...The armies of Good and Evil are amassing, the Four Bikers of the apocalypse are revving up, and everything appears to be going according to Divine Plan. Except that a somewhat fussy angel and a fast-living demon are not particularly looking forward to the coming rapture.

It was on a loop and kept on repeating the start. The little I heard was stuttering.