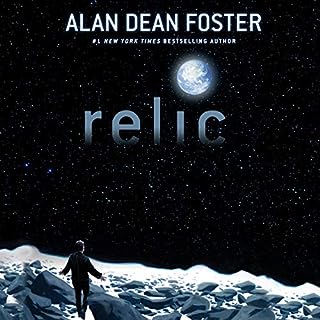 Once Homo sapiens reigned supreme, spreading from star system to star system in an empire that encountered no alien life and thus knew no enemy.... save itself. As had happened many times before, the most primal human instincts rose up, only this time armed with the advanced scientific knowledge to create a genetically engineered smart virus that quickly wiped out humanity to the last man. That man is Ruslan, the sole known surviving human being in the universe.

I found this to be a pedestrian and unexciting story. Padded by verbiage to make the distance. The narration was annoying with the attempt to make the aliens sound alien with frequent glottal stops which just muddied the narration. In all the combination of depressing mood of an unexciting lead character, unnecessary alliteration and unclear and annoying narration led me to return this to get my credit back.