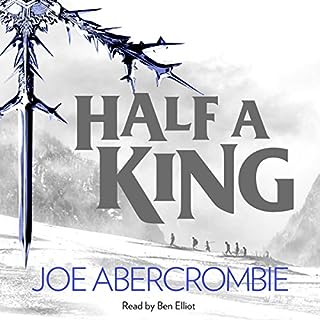 Prince Yarvi has vowed to regain a throne he never wanted. But first he must survive cruelty, chains and the bitter waters of the Shattered Sea itself. And he must do it all with only one good hand. Born a weakling in the eyes of his father, Yarvi is alone in a world where a strong arm and a cold heart rule. He cannot grip a shield or swing an axe, so he must sharpen his mind to a deadly edge.

A great book he is a huge talent.

this book has the best opening of any book I've ever read. I loved mother Gundring. I thought it was really skillfull how he developed Yavi so subtly. I wanted to give it 4 and a half but I couldn't. the only thing I didn't like is Yavi seemed a bit too whiney at points. I wonder if I read it myself if id still think that as much but at times I think I would. overall a brilliant book! what a triumph! 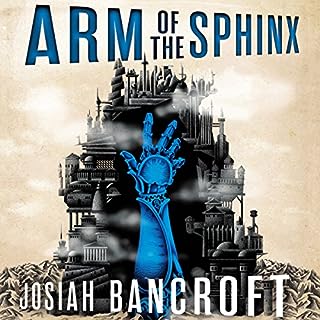 Forced by necessity into a life of piracy, Senlin and his eclectic crew struggle to survive aboard their stolen airship as the hunt for his lost wife continues. But the Tower of Babel is proving to be as difficult to re-enter as it was to escape.

Hopeless and desolate, they turn to a legend of the tower, the mysterious Sphinx. But help from the sphinx doesn't come cheaply and, as Senlin knows, debts aren't always what they seem in the Tower of Babel.

the combination of the story and the narration were perfect. I could listen to them every day of my life I think