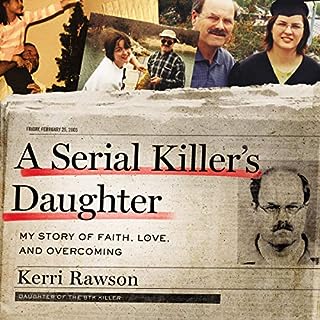 In 2005, Kerri Rawson opened the door of her apartment to greet an FBI agent who shared the shocking news that her father had been arrested for murdering 10 people, including two children. That’s also when she first learned that her father was the notorious serial killer known as BTK, a name he’d given himself that described the horrific way he committed his crimes: Bind, torture, kill.

BTK is my dad.

My heart breaks for Kerrie reconciling her truth. What an amazing insight to a story that spanned decades & facinated the media. I thank her sharing her difficult story. 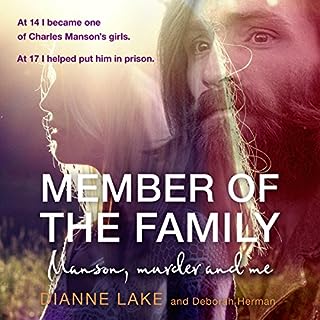 In this poignant and disturbing memoir of lost innocence, coercion, survival, and healing, Dianne Lake chronicles her years with Charles Manson, revealing for the first time how she became the youngest member of his Family and offering new insights into one of the 20th century's most notorious criminals and life as one of his 'girls'.

A Unreal Story that is all too Real

Incredible story , well written & beautifully read. Absolute credit to Dianne Lake for sharing this difficult & deeply personal life experience.This book provides a candid perspective from young 14yo girl being swept up in the counter culture of the 1960's. Hand picked by the notorious cult leader Charles Manson to join the traveling lovein, that lead down a path of drugs & manipulation which was to change the course of history. Take a peak behind the curtain, & hear first hand about a charasmatic narcissist who used others to make his black mark on the world, who 50 years on, still holds a cultral fascination even after death. An absolute must read for those interested in this subject matter.