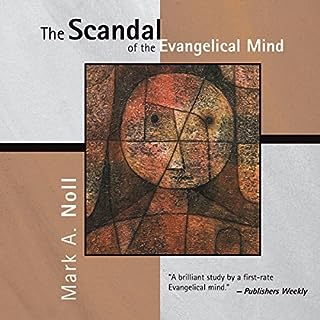 Although the author is an Evangelical, and every now and then, he loses a little objectivity, he has overall done an excellent job and makes some powerful points. Well read, too. 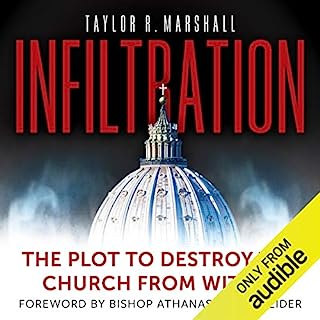 It took nearly two millennia for the enemies of the Catholic Church to realize they could not successfully attack the Church from the outside. Indeed, countless nemeses from Nero to Napoleon succeeded only in creating sympathy and martyrs for our Catholic Faith. That all changed in the mid-19th century, when clandestine societies populated by Modernists and Marxists hatched a plan to subvert the Catholic Church from within. Their goal: to change Her doctrine, Her liturgy, and Her mission.

While the material is very good, the reader should have learnt how to pronounce proper names like "Lefebvre" and "Vigano," Latin words like "Aetate" and common nouns like "sovereignty" and "governate." At first I treated these as minor blemishes, but each time she mispronounced, I winced. 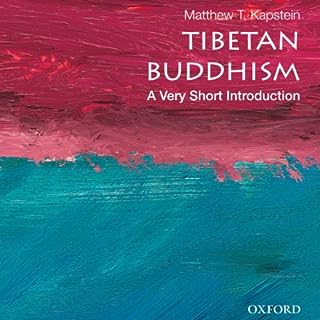 The Tibetan Buddhist tradition has known over 13 centuries of continuous development. During that time, it has spread among the neighboring peoples - the Mongol, Himalayan, and Siberian peoples, Manchus, and Chinese. At its height is has been practiced in regions as far west as the Volga river and to the east in Beijing. Its capacity for creative adaptation is demonstrated by its recent growth in Europe and America. At the same time, it is at the center of political contestation in ethnically Tibetan regions of China, while its best known exponent, the Dalai Lama, has become one of the most admired religious leaders in the world today.

It redresses the balance, pointing out that Tibetan Buddhism has many practices (folk practices) and not just doctrines. It was a little vague on meditation and cultural aspects. 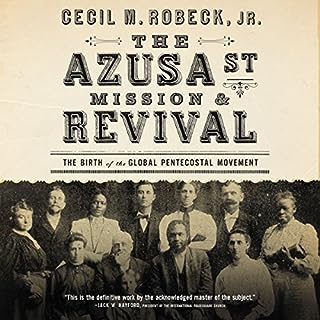 In Azusa Street Mission and Revival, Cecil M. Robeck Jr. brings to bear expertise from decades of focused study in church history to reveal the captivating story of the Apostolic Faith Mission in Los Angeles, which became known as the Azusa Street Mission. From humble beginnings with few resources, this small, uniquely diverse, and inclusive congregation led by William J. Seymour ignited a fire that quickly grew into a blaze and spread across the world, giving rise to the global Pentecostal movement.

very good but for some mispronuciations

A very good book, even if a little idolatrous of Seymour. the reader did mispronounce a few unusual words 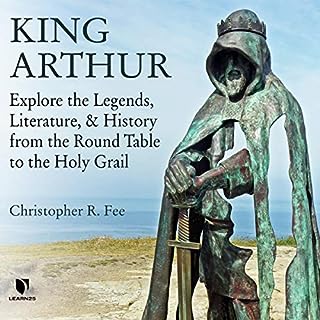 What is it about King Arthur that still holds our attention 1,500 years after he first materialized from the murky depths of history and legend? Named one of America's best professors by the Princeton Review, Christopher R. Fee transports you through space and time in search of answers. In his insightful audio course, you will trace Arthur’s path across Britain. You'll visit such iconic sites as Tintagel, Glastonbury, and Stonehenge in search of physical reminders of this legendary king, his court, and a mighty stronghold remembered through the mists of time as "Camelot".

a clear and fairly deep treatment. the end was very good. i think though that he underplays the religious aspect in favour of the psychological. it is a medieval tale - of course it is religious 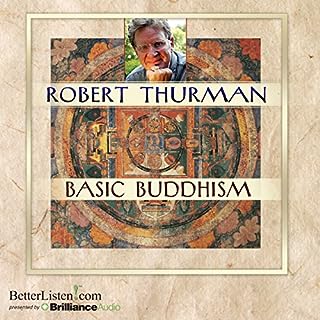 Robert Thurman's Basic Buddhism is a collective series of five lectures he has given on Buddhism. In these lectures, Thurman patiently takes apart each jewel of Buddhism: The Buddha as the teacher of enlightenment, the Dharma as the teaching, or enlightenment itself, and the Sangha as the historical and current community of learners seeking to become Buddhas.

While the author knows a lot about Buddhism, esp. Tibetan, his understanding of monotheism and Christianity is more partial - meaning both incomplete and biased. Yet, he enjoys taking shots at them. His style of speaking and choice of words are often jarring - like a politician on pills. He could lose that affected "heh, heh, heh" laugh without hurting his presentation at all. Then, the treatment is not at all systematic: I emerged with little understanding of what Buddhists actually do, e.g. their calendar and practices. It was pitched at a very philosophical level, but the delivery was verging on the vulgar. 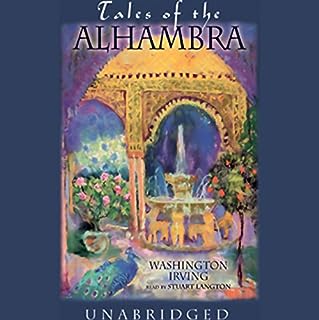 Written in 1831, Irving's dreamlike description of the Alhambra, the beautiful Moorish castle that defined the height of Moorish civilization, and the surrounding territory of Granada remains one of the best guidebooks to the region and one of the most entertaining travelogues ever written.

Great Performance of a Good Book

The book is a strong one, even if I find the introduction a little slow. Once it gets started, its magical; and the reader is absolutely first class. 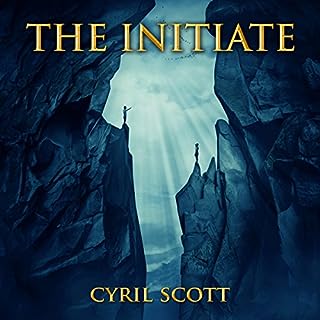 The story of Justin Moreward Haig is a true one, although, as explained later, I have been compelled for many reasons to conceal his identity.

Good performance of a mediocre text

Although the reading is quite good, the story is mediocre. It is a sort of collection of Theosophical short stories. There is no wisdom here at all, just the sort of platitudes you expect from Theosophy. 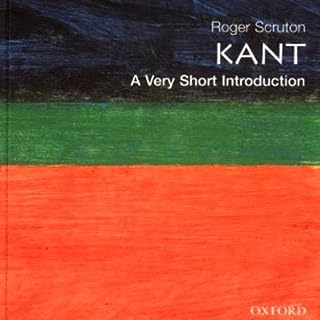 Kant is arguably the most influential modern philosopher, but also one of the most difficult. Roger Scruton tackles his exceptionally complex subject with a strong hand, exploring the background to Kant's work and showing why the Critique of Pure Reason has proved so enduring.

Very good, but a little abstract

The reading is very good and the text is very good - in part it is brilliant and concise. But too often I missed some examples: when Kant says X, why not give an illustration? 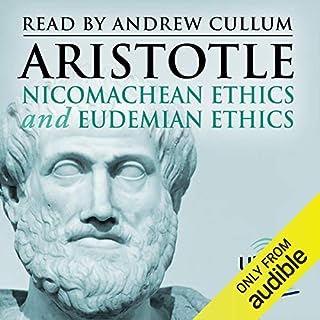 Aristotle’s Nicomachean Ethics and Eudemian Ethics represent, in many ways, the Western classical springboard for the systematic study and implementation of ethics, the optimum behaviour of the individual. (By contrast, Aristotle’s Politics concerns the optimum blueprint for the city-state.) It is in the hands of each individual, he argues in these books on personal ethics, to develop a character which bases a life on virtue, with positive but moderate habits.

The recording is excellent. It is hard to really follow philosophy without having the text in front of you. Still, Aristotle is so brilliant, and the reading is so careful, that you still pick a lot up.