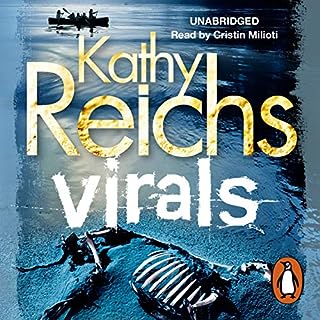 Fourteen-year-old Tory Brennan is as fascinated by bones and dead bodies as her famous aunt, acclaimed forensic anthropologist, Tempe Brennan. However living on a secluded island off Charleston in South Carolina there is not much opportunity to put her knowledge to the test. Until her and her ragbag group of technophile friends stumble across a shallow grave containing the remains of a girl who has been missing for over thirty years.

I expected this to be a great book, based on the fact that I have read all Kathy Reich/Tempe books. But the small twist that Tory Brennan beings Alf was fantastic. I have 3 children who will listen to a story occasionally were not able to put down this one. Thank you, Kathy Reich, for once again entertaining your fans and allowing another generation into your world!! 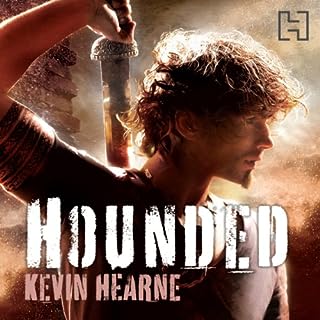 Atticus O'Sullivan, last of the Druids, lives peacefully in Arizona, running an occult bookshop and shape-shifting in his spare time to hunt with his Irish wolfhound. His neighbors and customers think that this handsome, tattooed Irish dude is about twenty-one years old - when in actuality, he's twenty-one centuries old. Not to mention: He draws his power from the earth, possesses a sharp wit, and wields an even sharper magical sword known as Fragarach, the Answerer.

Interesting take on Druid vs God vs Beast vs ALL

As an Irish Australian I have grown up with the legends of the Tuatha De Danaan and the times of the Druids, but not being able to accurately visualise the country they originated in.
Hounded takes the reader on a journey through time, a journey full of one man's memories and colourful recollections.

This is not a book of folk lore from the time before time, it is a living story of a Druid in the modern days, fighting for his right (and the rights of those on his side) against a variety of Gods, Beasts, Other Worlders and Many other characters.

Atticus O'Sullivan is an ordinary man, like all others in a secluded area of America, except that he is 2100 yrs old, covered in tattoo's which tie him to the earth and all that worries her, and the worlds Gods either love him, hate him, or wish to use him. We hear the story through both his and his Wolfhound, Oberon's perspective, and at times you wonder how a dogs analogy of the "right of the sausage" can be so spot on.

This book is a tragedy, a comedy, a folk tale, a fairy tale, and a downright bizarre mix of all -that works. You will find yourself completely immersed in the world of the last living Druid and at times you will be cheering him and Oberon on.

This is the first book in a very entertaining series by Kevin Hearne. Pick it up, listen to a sample. I can assure you, if you enjoy the Irish sense of humour, and to read about legends of old, this book is for you.