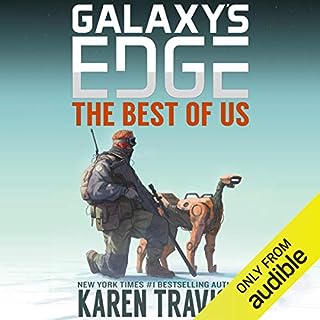 The West has been devastated by epidemics, bio-terrorism, war, and famine. Asia has shut its borders to keep the threats at bay, and some with power and influence have already abandoned Earth. Now an escape route a century in the making - the Nomad mission - finally offers hope to a small town and a secret research centre hidden in a rural American backwater. Shrouded in lies and concealed even from the research centre's staff, Nomad is about to fulfil its long-dead founder's vision of preserving the best of humanity to forge a new future. But who decides who's worthy?

I really enjoyed this one. The narrative was good, but the Aussie accent......needs work lol, it was a shocker!
Really looking forward to the next in series, enjoying the whole Galaxy's Edge saga. 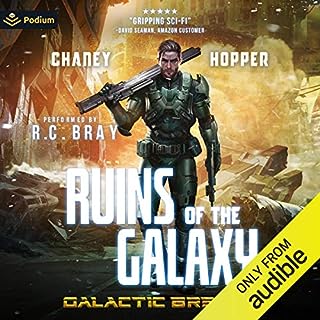 After Lieutenant Magnus awakes from the orbital strike that nearly killed him, he discovers that a small contingent of his Marine platoon has also survived. Hope glimmers as he devises a plan to rescue them. But when Magnus learns that his men are being held hostage by a deadly tribe, he fears the worst. Aided by volunteers from a group of elite Marauders, Magnus must attempt to cross the hostile city of Oosafar. Time is running out...and he has no choice but to undertake the most deadly urban assault of his career.

took me a bit to get into the 1st book but only for a couple of chapters, now im hooked! great story & RC Bray!!!!!! 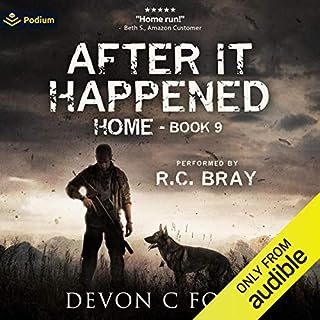 Steve and the other survivors in the UK have rebuilt and healed after the brutal end to the reign of Richards. But removing a dictator was only the beginning.... Years after a mistake of compassion and humanity, an enemy thought long gone returns to bring down a rain of violence and terror the likes of which they have never seen before. Their society, a peaceful one of trade and cooperation, has moved on from the bloody aftermath of the collapse, but that evolution blunts their teeth to be able to combat the new threat. 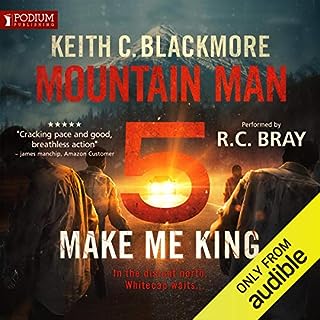 On the island of Big Tancook, Collie Jones is making plans. She informs the islanders that it’s time to resume her original mission - to find other survivors, screen them, and return them to the island. Every survivor she brings back is one more valuable addition to the skill and gene pool. But first, she must return to the place whence she came. She must secure the elaborate government bunker called Whitecap and its vast stores of munitions within.

Loved it, really happy in the continued series! More please....Gus is a great character, great humour great story....RC Bray could read me a cook book & I would hang on every word! except for his pronunciation of Maori lol! (another author & series) 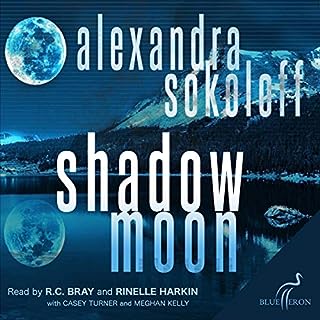 Mass killer Cara Lindstrom is in the wind after a deadly encounter which leaves FBI Special Agent Antara Singh questioning her own sanity and fitness to serve. ASAC Matthew Roarke exiles Singh to Portland to work as an assistant to his old mentor, retiring profiler Chuck Snyder - but a mysterious break-in alerts Singh and Snyder to an active threat revolving around an old case: a series of brutal murders of homeless teenagers on the streets of Portland and Seattle.

I really enjoyed this book, narration was excellent, the mix of voices for characters made it rich.
RC Bray.......my favourite as always, love your work bro, but you still gotta work on your pronunciation of *Maori! (from another novel RC narrated, still annoys me being a Kiwi/Maori myself).
I digress; the novel is well written, Sokoloff is an excellent novelist & this series brings in close to heart the plight of our children, the current, the abused & the lost & forgotten.
It's humanities problem, not just America's.
More please. 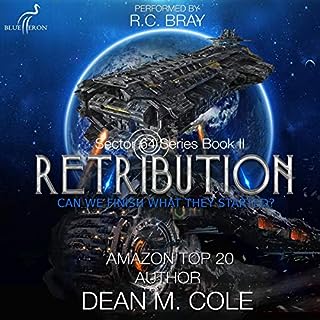 It’s 2019. Jake and Sandy saved the world...twice! But that was yesterday. Independence Day meets The X-Files when Air Force fighter pilots Jake Giard and Sandra Fitzpatrick join a decades-old secret project to integrate today's Earth into a galactic government. But when a galactic civil war spills onto our shores, plunging the planet into an otherworldly post-apocalyptic hell, can Jake and Sandy save humanity from extinction? 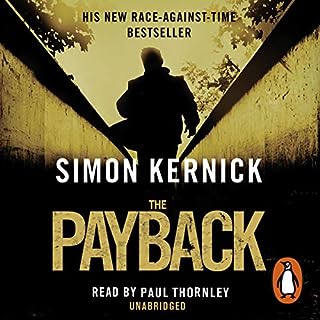 Dennis Milne is a man with a past, and a past that involves murder. A former cop, he’s earned his living killing the bad guys – drug-dealers, corrupt business men - people who, in his opinion, deserve to die. For the past two days, he’s been in Manila, waiting for his next target: a young woman who’s made herself some poor life-choices, and some even worse enemies. DI Tina Boyd is a woman on a mission. Tough, spiky and determined, she’s looking for the man she holds responsible for the death of her lover.

I enjoyed this, it was a solid story. Not over the top, great job Paul Thornley. 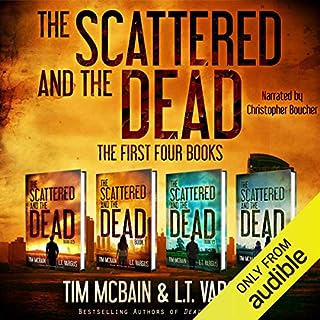 With 99.7 percent of the Earth's population dead and gone, the few who remain struggle to survive in an empty world. The scattered. The leftovers. These are their stories. This collection contains the first four volumes of the Scattered and the Dead series, audiobooks 0.5, 1.0, 1.5, and 2.0.

It was good, I enjoyed it. It's worth it to buy, story good narrator good. 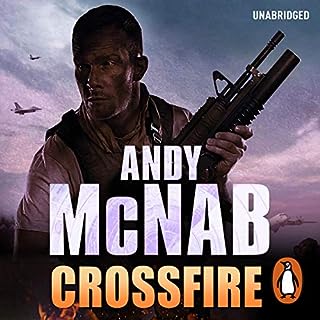 Ex-deniable operator Nick Stone is bodyguarding a TV crew on the streets of war-torn Basra. He seems certain to die when insurgent gunmen attack. Only a reporter's swift action saves his life. When the reporter vanishes within hours, presumed kidnapped, Stone is asked by the Intelligence Service to find him. The trail leads from Iraq to London, Dublin, and Kabul - the brutal city where governments, terrorism and big business collide. 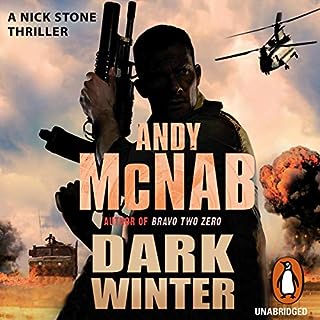 Outside of Pakistan, the world's highest concentration of al-Qaeda lurks in Southeast Asia and there, Nick Stone's bosses get wind of an act of terror that will dwarf even the nightmare of 9/11. When Stone is dispatched to Malaysia by the CIA to assassinate a biochemist, he expects his mission to be a straightforward part of the fight against Bin Laden. But there are complications, not least because he is working alongside an attractive woman whose motives he doesn't fully understand.

I won't spoil it but the ending was tragic. Great listen. I would just like Nick Stone to have a win....