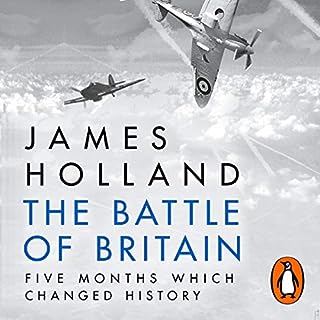 'If Hitler fails to invade or destroy Britain, he has lost the war,' Churchill said in the summer of 1940. He was right. The Battle of Britain was a crucial turning point in the history of the Second World War. Had Britain's defences collapsed, Hitler would have dominated all of Europe and been able to turn his full attention east to the Soviet Union. The German invasion of France and the Low Countries in May 1940 was unlike any the world had ever seen. It hit with a force and aggression that no-one could counter and in just a few short weeks, all in their way crumbled.

Al Murray is awesome - and the story is ok too!

Great look under the hood of an epic historic event. Bloody well read as well. They even squeeze in the operational, strategic and tactical discussion. Classic Murray and Holland! Get around it.