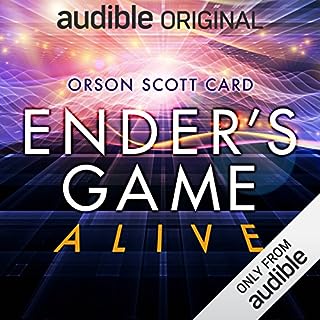 Experience Ender’s Game as you’ve never heard it before! With an all-new, original script written by Orson Scott Card, Ender’s Game Alive is a full-cast audio drama that re-imagines the Hugo and Nebula Award-winning classic.

at first I didn't like the idea of this story because of my dislike for live action movies but I found out more about Ender and is backstory from a fanfiction and I grew to fall in love with the little guy and decided to get this audio book to learn his full story,