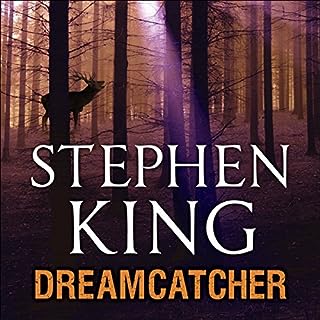 Suspenseful, frightening, and sometimes howlingly funny, a story of invasion and battle, survival and heroism. It is a story of how men remember ... and how they love. In Derry, Maine, four young boys once stood together and did a brave thing. Something that changed them in ways they hardly understand. A quarter of a century later, the boys are men who have gone their separate ways. Though they still get together once a year, to go hunting in the north woods of Maine.

I really liked the story, but the narration wasn't all that great. I've found that it makes it easier to listen to when the narrator does different voices for different characters and that didn't really happen with this book.