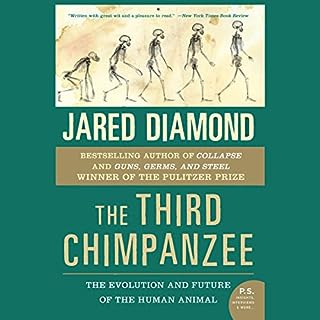 We human beings share 98 percent of our genes with chimpanzees. Yet humans are the dominant species on the planet - having founded civilizations and religions, developed intricate and diverse forms of communication, learned science, built cities, and created breathtaking works of art - while chimps remain animals concerned primarily with the basic necessities of survival. What is it about that two percent difference in DNA that has created such a divergence between evolutionary cousins?

Overall a brilliant discussion but sadly out of date with regard to DNA. Otherwise a very thought provoking thesis.