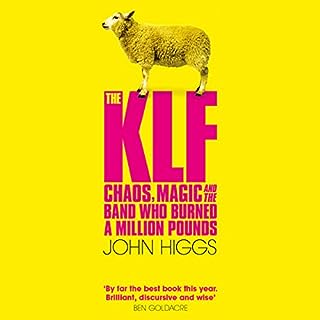 The strange tale of the death, life and legacy of the hugely successful band. They were the best-selling singles band in the world. They had awards, credibility, commercial success and creative freedom. Then they deleted their records, erased themselves from musical history and burnt their last million pounds in a boathouse on the Isle of Jura. And they couldn't say why.

A supermodel of a tale.

This was definitely needed: a tying up of all these threads through their culmination and combination in the guise of the KLF. Wonderfully researched, written and read. Thank you Mr. Higgs.