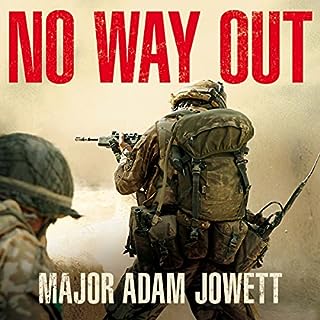 In Helmand province in July 2006, Major Adam Jowett was given command of Easy Company, a hastily assembled and understrength unit of Paras and Royal Irish rangers. Their mission was to hold the District Centre of Musa Qala at any cost. Easy Company found themselves in a ramshackle compound, cut off and heavily outnumbered by the Taliban in the town.

A truly gripping story, I enjoyed listening and being part of it.
listening to the epilogue I found myself in tears and smiling at the same time