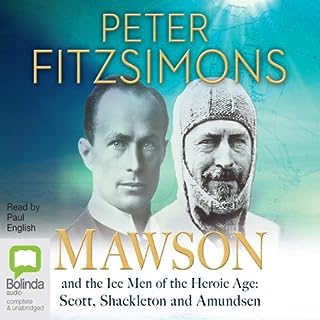 Australia's best-selling nonfiction author of all time. Douglas Mawson, born in 1882 and knighted in 1914, was Australia's greatest Antarctic explorer. On 2 December 1911, he led an expedition from Hobart to explore the virgin frozen coastline below, 2000 miles of which had never felt the tread of a human foot. After setting up Main Base at Cape Denision and Western Base on Queen Mary Land, he headed east on an extraordinary sledging trek with his companions, Belgrave Ninnis and Dr Xavier Mertz.