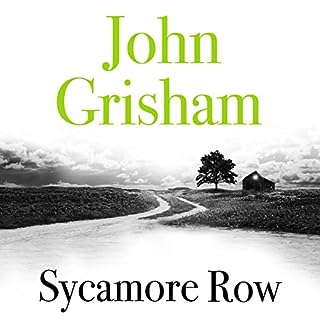 Fight them, Mr Brigance. To the bitter end. We must prevail. In the long-awaited successor to the novel that launched his phenomenal career, John Grisham brings us the powerful sequel to A Time to Kill. As filled with twists as it is with legal mastery, Sycamore Row proves beyond doubt that John Grisham is in a league of his own. Jake Brigance has never met Seth Hubbard, or even heard of him, until the old man's suicide note names him attorney for his estate.

I thoroughly enjoyed this book it was so compelling, I loved hearing about the racial tensions that where still happening in the eighties in the USA. I found the characters interesting and the story line absorbing. Jack is a like-able hero, realistic, flawed yet still doing his best to represent his client and battle the bigger co-operation. The narration is well down with each character having their own distinctive voice. Can not recommend this novel enough and look forward to listening to more John Grisham novels in the future 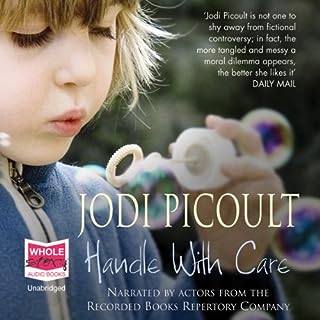 Charlotte O'Keefe's beautiful adored daughter, Willow, is born with a severe form of brittle bone disease. If she slips on a crisp packet she could break both her legs. After years of caring for Willow her family faces financial disaster. Then Charlotte is offered a lifeline. She could sue her obstetrician for wrongful birth - for not having diagnosed Willow's condition early enough into the pregnancy to be able to abort the child.

While I enjoyed this story it was as gripping or enthralling as past Piccolt novels. I enjoy more of the court thriller, so maybe that is why I didn't enjoy it as past Piccolt novels I have listened to. It was well narrated but I found the protagonist a little whiny and not likeable while I enjoyed the side stories of the healthy older daughter and the relationship between the two daughters. A good story but defernitly not my favorite 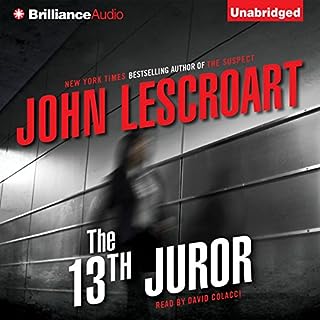 In The 13th Juror, Dismas Hardy, lawyer/investigator, undertakes the defense of Jennifer Witt, accused of murdering her husband and their eight-year-old son as well as her first husband, who had died nine years earlier from an apparent drug overdose. While preparing his case, Hardy learns that both of Jennifer's husbands had physically abused her. But Jennifer refuses to allow a defense that presumes her guilt. She is not guilty, she claims. Hardy is now driven to seek an alternative truth a jury can believe.

I have listened to a few of the previous titles in Lescroart's Dismiss Hardy series and with each book they just get better and better. It is well Narrated, the characters each given their own unique, individual voice. The story is compelling, and leaves you both sympathetic to the defendant and questioning her motives. With plot twists and shocking revaltions, the story is not only told in the courtroom but tells the tale of a young lawyer trying to battle his conscience with trying to save a woman from the death sentence even though he is not sure of her innocence, and spending time with his new family, his wife having just given birth to a new baby. With a child's death in question it hits close to the Dismiss who has also lost a child which was the cause of the breakdown from his previous marriage. I am now a huge fan of this series and can't wait to buy the next one. 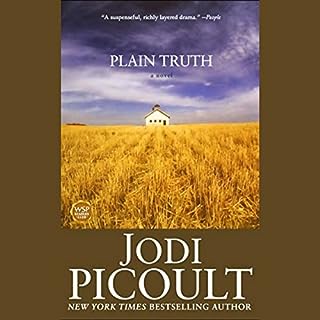 The discovery of a dead infant in an Amish barn shakes Lancaster County to its core. But the police investigation leads to a more shocking disclosure: circumstantial evidence suggests that 18-year-old Katie Fisher, an unmarried Amish woman believed to be the newborn's mother, took the child's life.

I really enjoyed this story. Well thought out and researched it gives you a great impression on daily Amish life and what it would be like growing up Amish. I found the story line engrossing and grew to love the modern day lawyer and the Amish defendant. The story is very compelling and full of twists with a shocking revelation. It was well Narrated and I thoroughly enjoyed it. 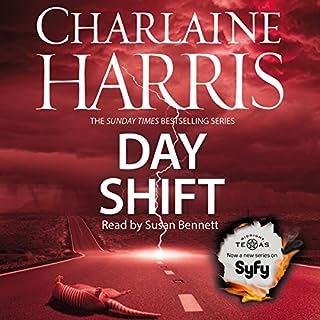 Welcome to Midnight, Texas. It's a quiet little town, perched at the junction between Davy Road and Witch Light Road, and it's easy to miss. With its boarded-up windows, single traffic light, and sleepy air, there's nothing special about Midnight...which is exactly how the residents like it. So when the news comes that a new owner plans to renovate the run-down, abandoned old hotel in town, it's not met with pleasure.

After the long wait I was not disappointed!!!

I am a huge fan of Charlaine Harris, I have read all her series including Sookie Stackhouse,the Shakespere series and the Grave series. In the The Midnight series Charlaine brings all the memorable characters from these series and sets them up with a few new characters and makes them neighbors. In the first book "Midnight Crossroads" we are introduced to new characters and reunited with old, in this prequel we gain more insight to the lives that have lead them to live in this small town where every one has a secret and nothing is ever quite what it seems. Combining paranormal and crime, this book tells an intriguing and entertaining story that leaves you waiting breathlessly for the next one in the serie 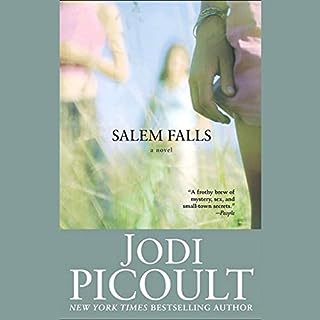 Jack St. Bride was a popular teacher and soccer coach at a girls' prep school when he was falsely accused of statutory rape. Released after eight months behind bars, he arrives in Salem Falls hoping to start fresh. He lands a job washing dishes at the local diner and even falls in love with the owner, Addie. But then a spoiled local girl accuses Jack of assault, forcing his past into the open and turning the town against him.