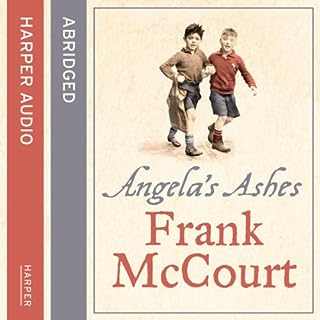 Angela's Ashes is Frank McCourt's sad, funny, bittersweet memoir of growing up in New York in the late '30s and in Ireland in the '40s. It is a story of extreme hardship and suffering, in Brooklyn tenements and Limerick slums; too many children, too little money, his mother Angela barely coping as his father Malachy's drinking bouts constantly brought the family to the brink of disaster. It is a story of courage and survival against apparently overwhelming odds.

While I adore hearing the now-deceased McCourt reading his memoir in his own endearing Irish brogue... this abridged version is far too short. It's just over 2 hours long, while the original audiobook for the full length novel was 15 hours long. That gives you an idea of just how much has been removed. It's hard to appreciate the richness of the characters and story with so much left out, and it's not nearly as funny and poignant when McCourt's telling is distilled to a highlights reel. Do yourself a favour and track down the full recording, or read the book, because the UN-abridged Angela's Ashes really is a classic 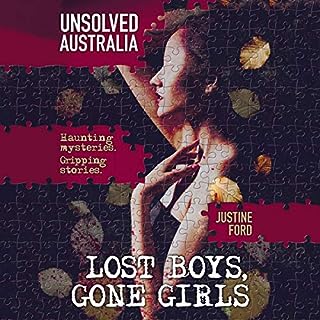 Can you catch a killer or find a missing person? Australia is 'the lucky country'. But not for everyone. Unsolved Australia: Lost Boys, Gone Girls tells 13 stories of people whose luck ran out in the most mysterious of circumstances. It's a journalistic deep dive into Australia's dark heart by one of Australia's premier true crime writers, Justine Ford, the acclaimed best-selling author of Unsolved Australia and The Good Cop.

Not a bad read. The book has a focus on speading awareness and appeals to the public for information about these cases. Many chapters were simply interviews with police and crime reporters about the nature of their job. A pretty good overview of some Australian mysteries, and it was nice to hear from the relatives of the missing and murdered. But often certain theories and details of the case were left out, and crime buffs might have a better time researching these stories online for an in-depth analysis 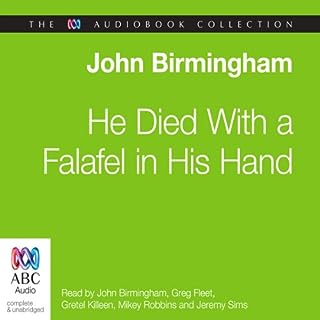 These hilarious tales of urban terror reveal the dark truth hidden behind three seemingly innocent words - a phrase that you have seen a hundred times before but will never view in the same light again - WANTED TO SHARE. John Birmingham's rendering of a life in share houses will leave you laughing, cringing and reminiscing about your own brushes with the mad, bad residents of flat mate hell.

Great book pity they only recorded about 50% of it for audio version.. not worth the expense. I was expecting the full novel