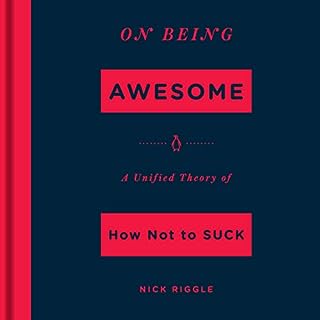 In this engaging, fun, and astute investigation of a thoroughly contemporary condition, philosopher and former pro skater Nick Riggle argues that our collective interest in being awesome (and not sucking) marks a new era in American culture, one that is shaped by relatively recent social, political, and technological shifts.

Promises to be awesome, but actually sucked a bit

Sorry Nick, when I first heard you on the philosopher's zone I thought you and your ideas were Awesome! But unfortunately I found the endless list of people who annoy you really sucked. Yes, I think your initial questions where interesting: 'What do people mean when they say "Awesome", or "that sucks"'. I feel however that your initial hypothesis is limited. If being awesome is simply a matter of having the ability to create social openings, then making racially superior comments in the company of racial bigots might indeed be awesome, as would making social or educational superior comments in the company of social or educational bigots – beauty is in the eye of the beholder after all despite what Immanuel might say on the subject. Might I suggest that a person, object, or event is "Awesome" if it gives a subjective sense of hope, love, and joy – and conversely "it sucks" if it takes away any such feeling? Perhaps being "Awsome" is instead a matter of being generous in spirit, delivered with humility and sincerity. 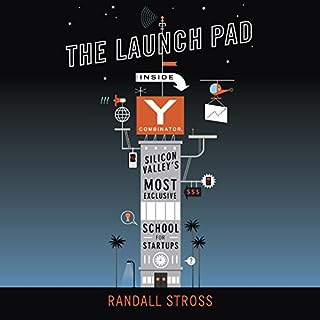 Twice a year in the heart of Silicon Valley, a small investment firm called Y Combinator selects an elite group of young entrepreneurs from around the world for three months of intense work and instruction. Their brand-new two- or three-person start-ups are given a seemingly impossible challenge: to turn a raw idea into a viable business, fast.

Makes me wish I was young and dumb and 24 again.

encouraging or disconcerting that the idea doesn't really matter - it's the quality of the founding team, particularly how well they know each other.