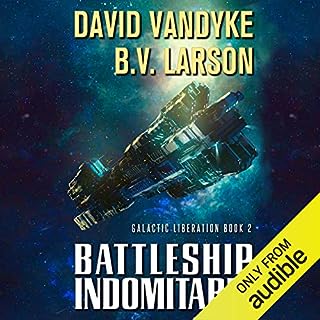 Commodore Straker's rebellion grows in strength - but his enemies are growing even faster. Faced with a dozen rebel planets in their territory, the Mutuality finally takes notice of the upstart known as the Liberator, and they gather a vast fleet to crush him. Preparing for a titanic interstellar battle, it's clear Straker has no chance. His tiny enclave of free planets can't survive the weight of 1000 worlds. His own officers realize this, and some of them begin to turn against him....

can't wait for the next one

good narration, good story, looking forward to the next one. really want to know what the Huns secret is. 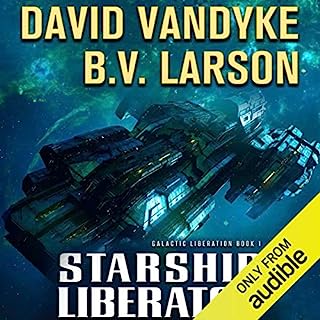 The Hundred Worlds have withstood invasion by the relentless Hok for decades. The human worlds are strong, but the Hok have the resources of a thousand planets behind them, and their fleets attack in endless waves. The long war has transformed the Hundred Worlds into heavily fortified star systems. Their economies are geared for military output, and they raise specialized soldiers to save our species. Assault Captain Derek Straker is one such man among many.

Action right from the start, good military SciFi with moral backbone. Narration was excellent and distinguishing the various characters easy.