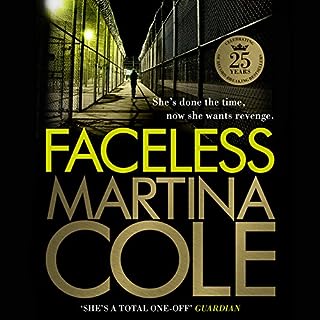 A terrifyingly gripping thriller of East End violence and corruption. Eleven years ago Marie Carter was convicted of killing her two best friends. And she's paid the price. Now she is being released from prison. It's time to go home. But life has moved on, and Marie has nowhere to go. Her parents have disowned her; her friends have abandoned her; even her kids don't want to know. But some people out there are watching her, following her every move - they know that Marie Carter wants retribution.

I’ve accidentally heard this twice now. Once borrowed from the library then again on audible. Enjoyed it both times :)