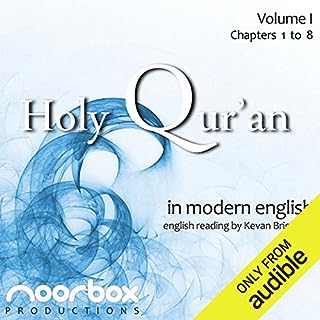 This is by far the best of all English version of the Quran that are available on Audible. Unfortunately, it is only the first chapters, but the following chapter are available; so I guess it's kinda Ok. 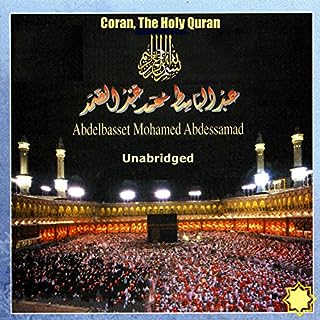 The Holy Quran is the central religious text of Islam. The Quran consists of 114 suras (chapters). Each Sura is formed of several Ayahs (verses). Here is an unabridged recitation of the Quran by Abdelbasset Mohamed Abdessamad, who is perhaps the most famous and best reciter of the Quran in the world.

This is a great audiobook, even though I don't understand a word of Arabic, this is great. BE AWARE IT IS NOT IN ENGLISH, BUT IN ARABIC.