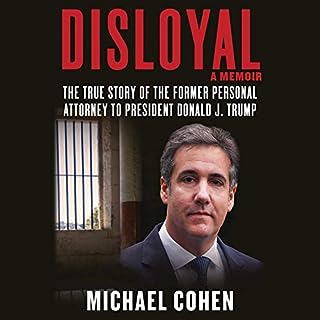 Once Donald Trump’s fiercest surrogate, closest confidant, and staunchest defender, Michael Cohen knows where the skeletons are buried. This is the most devastating business and political horror story of the century. As Trump’s lawyer and “fixer”, Cohen not only witnessed firsthand but was also an active participant in the inner workings of Trump’s business empire, political campaign, and presidential administration.

Rotten from the top.

How brave. How self interested. How loyal. How sad. How topical for 2020 elections. A must listen / read for everyone interested in the American politics. This mafia gangland story is a testimony that the political scene in the so called fee world must be changed. Surely we are better than this! The world deserves better than this. We owe it to the future of democracy that we are better... and NOW! 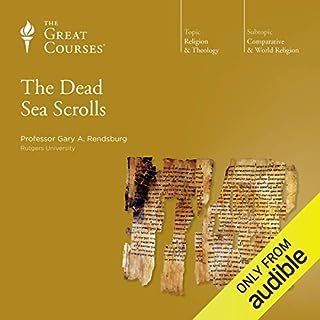 Whether complete or only fragmentary, the 930 extant Dead Sea Scrolls irrevocably altered how we look at and understand the foundations of faith and religious practice. Now you can get a comprehensive introduction to this unique series of archaeological documents, and to scholars' evolving understanding of their authorship and significance, with these 24 lectures. Learn what the scrolls are, what they contain, and how the insights they offered into religious and ancient history came into focus.

As they say .... you have the get to the end. And with this book I recommend that action. Great performance filled with knowledge and passion. What inspired writing and listening. Loved it all! 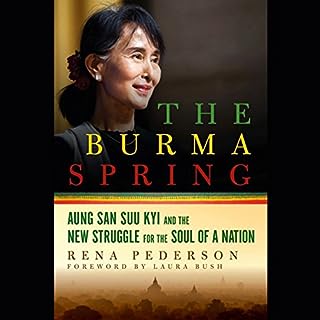 I appreciate the information within this book but the constant reviewing of past events makes it tedious listening. The role of the USA is very prominent and at times over powering the simple story of a poor and tragic nation in its struggle for democracy. If condensed to just 12 hours listening would be dynamic as well as informative. 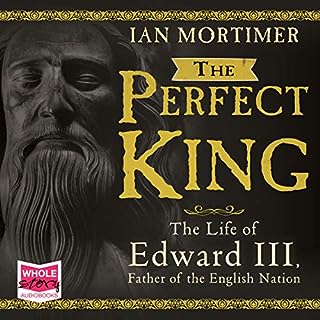 Edward’s life is one of the most extraordinary in all English history. He ordered his uncle to be beheaded, he usurped his father’s throne and he started a war which lasted for more than a hundred years. He took the crown when it was at its lowest point and raised it to new heights, presenting himself as a new King Arthur, victorious across Europe. He was the architect of many English icons - from parliamentary rule to the adoption of English as the official language and even the building of a great clock tower at Westminster.

The roots of the tree of England.

Fabulous research and theory. Ian Mortimer demonstrates that he knows and loves researching past kings, their life, times and peer groups. A wonderful insight into history placing cause with affects, actions with consequences. I have enjoyed every minute of this audio. Well paced, easy to listen to, totally enjoyable. Appendix additions are insightful.... intriguing the percentage of the English population that maybe related to King Edward 3rd. 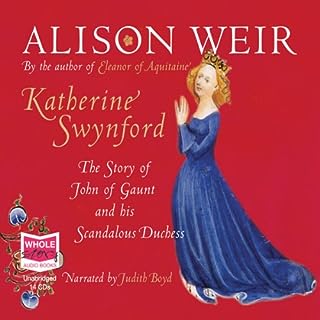 In this remarkable book, Alison Weir recounts one of the greatest and most remarkable love stories of medieval England. It is the extraordinary tale of an exceptional woman, Katherine Swynford, who became first the mistress, and later the wife, of John of Gaunt, Duke of Lancaster. But Katherine Swynford was much more than that.

This book is fabulous and I consider Judith Boyd has done justice to its feel, facts and empathy with Katherine Swynford. With young women of 2019 Katherine proves a great strong woman of history. She proved she was financially astute, a keen and capable manager of her work place and world. Great read! 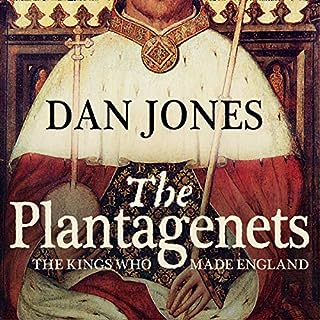 England’s greatest royal dynasty, the Plantagenets, ruled over England through eight generations of kings. Their remarkable reign saw England emerge from the Dark Ages to become a highly organised kingdom that spanned a vast expanse of Europe. Plantagenet rule saw the establishment of laws and creation of artworks, monuments and tombs which survive to this day, and continue to speak of their sophistication, brutality and secrets. Dan Jones brings you a new vision of this battle-scarred history.

The planet of the Kings!

Having the story of history written and narrated by the same person adds so much to the insight and understanding of this work. Dan Jones loves his research and imparts that love on to his audience. An exciting, in depth, informative experience. If you love history, especially the history of England you will love this work. Clearly read at a good pace with obvious research skills making it a great work! Well worth the money and the listening. 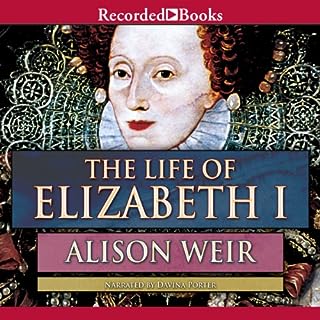 The New York Times best-selling author of The Six Wives of Henry VIII and The War of the Roses, historian Alison Weir crafts fascinating portraits of England’s infamous House of Tudor line. Here Weir focuses on Elizabeth I, also known as the Virgin Queen, who ascended to the throne at age 25 and never married, yet ruled for 44 years and steered England into its Golden Age.

How wonderful to listen to the story of a extra ordinary woman and leader. I bemoan the loss of her leadership so desperately needed in our modern age. I’m sure she would have found many solutions with ease and grace ...even without the legislature ability to remove heads!