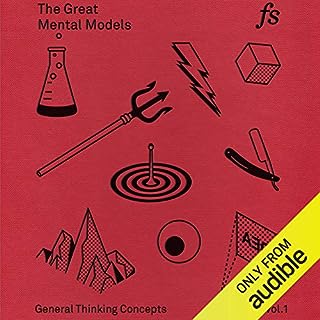 The Great Mental Models: General Thinking Concepts is the first book in The Great Mental Models series designed to upgrade your thinking with the best, most useful and powerful tools so you always have the right one on hand. This volume details nine of the most versatile all-purpose mental models you can use right away to improve your decision making, your productivity, and how clearly you see the world.

Parrish comes across so well in conversation but this performance is absolutely Monotone. Impossible to listen to. It's hard to tell where one sentence ends and the next starts. Think the robotic voice of Stephen Hawking but without the pauses.

I am 4 chapters in and returning it. I'll wait for a kindle version.

Note to the author: Get someone else to read the next editions and please consider redoing this one. 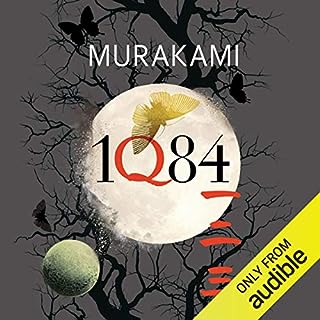 A young woman named Aomame follows a taxi driver's enigmatic suggestion and begins to notice puzzling discrepancies in the world around her. She has entered, she realizes, a parallel existence, which she calls 1Q84 - "Q" is for "question mark". A world that bears a question....

At least half of this book could be edited out.

Has Murakami gotten to the point in his career where editors can't make suggestions? This book seems to tell me more about the author's sexual fantasies and delusions of self importance than an adventure in great fictional story telling.

Skip the audio book and get the paperback so you can more easily flip passed the volumes of repetition and fluff. Or better yet skip the entire thing and read/listen to something else. I have a problem about having to finish something after I start it and 46 hrs later after much cussing and annoyance I finished it. I'm not proud.

Some may think this repetition and fluff is character developing and world building – but its not. All it does is highlight the illogical thought processes of the characters and their general stupidity.

Maybe I'm not the audience. Maybe it's better in the original language. Maybe its for 12 year old girls.

The only way to get through this is at x1.5 or x1.75 speed. At first the narration is very particular and has an ASMR quality which is great for the first couple of chapters then you realise just how slow it is.

I wouldn't recommend this torture to anyone.