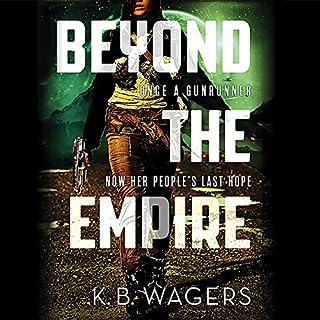 Gunrunner-turned-empress Hail Bristol was dragged back to her home planet to take her rightful place in the palace. Her sisters and parents have been murdered, and the Indranan Empire is reeling from both treasonous plots and foreign invasion. Now, on the run from enemies on all fronts, Hail prepares to fight a full-scale war for her throne and her people, even as she struggles with the immense weight of the legacy thrust upon her.

I have adored this series! I read a lot in this genre and this series defies the tropes and kept me guessing until the end.
The voice actress is excellent. Yes, her Indian accent isn't perfect - but these books are not set in India and she does an excellent job of giving voice to the characters. I'm hoping Angele Masters continues to narrate these because she's done a great job and I can't imagine Indrana without her Hail Bristol! 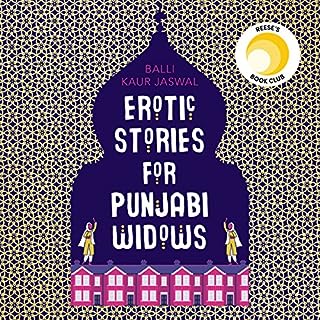 When Nikki takes a creative writing job at her local temple, with visions of emancipating the women of the community she left behind as a self-important teenager, she's shocked to discover a group of barely literate women who have no interest in her ideals. Yet to her surprise, the white dupatta of the widow hides more than just their modesty....

Excellent narrator, heart warming story with a lot of laughs and some delightful characters. Will definitely listen to this again!