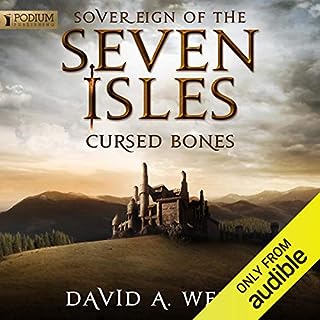 Isabel reaches Karth, tormented by the influence of the Wraith Queen, and quickly becomes embroiled in the conflict between the House of Karth and the Reishi Army Regency. Before she can form any meaningful alliance with the Karth family, she must first challenge a dark and sinister power that has kept the Isle of Karth in thrall for millennia. The harsh snows of winter have arrived, stalling open warfare in Fellenden, but Zuhl presses the attack, relying on the power of his dragons to carry the day...

great book can't wait until the next book oh wait I don't need to you have it ;)