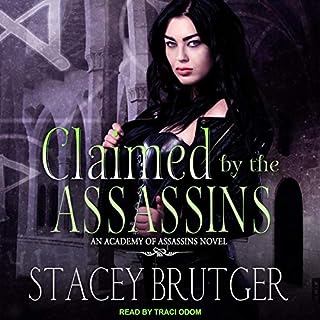 The assassins have their hands full chasing down the creatures who've fled to the human world. Too bad Morgan has been consigned to the schoolroom, too valuable as the future heir to the crown to be risked. Not one to kick up her heels and do nothing, Morgan is determined to find out how to control her powers so she can protect what is hers...even if she has to sneak behind her team's backs to do so. But what should've been a time to settle down with her mates turns deadly when secrets are exposed. Morgan is furious, but determined to fight for the chance to have a future with her men.

I loved these books

what a story written. LOVED the narrator. I just can not find a fault with these books. I highly recommend these books 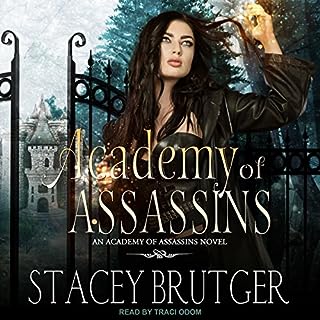 Abandoned as a child and unable to remember her past, Morgan was raised as a hunter, one of an elite group of fighters sworn to protect humans from the dangerous paranormal creatures who invade our world...creatures such as herself. Her life changes the day she's summoned to the Academy of Assassins, a school that trains witches and hunters to eradicate paranormals who prey on humans. Her first assignment - find and eliminate the killer who is using the Academy as their own personal hunting ground.

what a great story. thank you, really enjoyed listening to and reading. looking for word to the next book. I have nothing bad to say about this book. I recommend this book. LOVED IT. 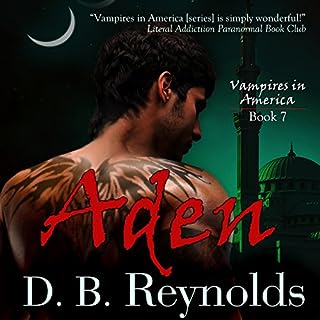 Chicago, Illinois...the windy city. Home to football greats, dinosaurs named Sue, and, when the sun goes down...powerful vampires battling for the right to rule the city and beyond. Born into slavery, Aden is one of the most powerful vampires in North America, waging war on others of his kind in a struggle to become the next Lord of the Midwest. But in the midst of the deadliest fight of his long life, the ghosts of his past have come back to haunt him. Slavery still exists, and Aden is hell-bent on destroying it and the vampires who profit from it.

what a great afantastic read and listen too

love these books. l am loving these books. reading and listening to. the narrator haven done the books justice and it is a really really well written. thank you. 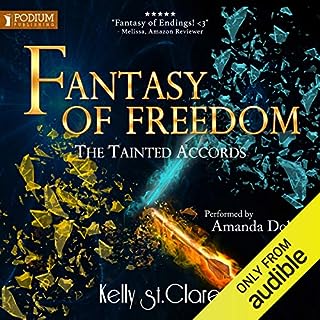 Fantasy of Freedom is the final action-packed title in the Tainted Accords series. This is the heaviest the veil has ever felt. But I am the strongest I have ever been. The veil is nothing. A part of me knew when I was taken from Osolis that when I returned - if I lived long enough to return - I would carry death and destruction to her doorstep. That is the irony of peace. It comes only after war. Warning: cliff-hanger ending. Recommended for mature young adults.

loved this story all 4 books

i will be reading these books again. loved the the story. it made cry and happy and i counld not read it fadt enough to see what happens. i loved the 4 books . Amanda Dolan was an excelent in her preformance. Kelly St. Clare you can write a great story. Thank you 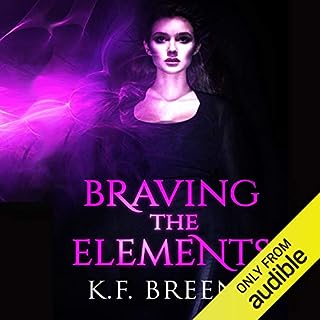 With a life goal of fitting in, Sasha hopes her strange abilities will finally make true friendship a possibility. Unfortunately, her magic doesn't function like everyone else's. What she thought would make her belong, sets her apart now more than ever.

fantastic and a really good listen 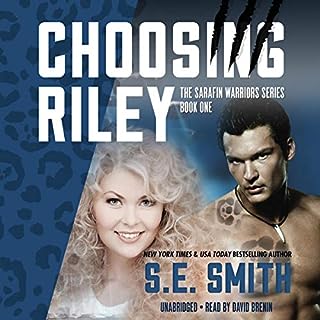 Riley St. Claire has always followed her own rules. When she discovers her current employer is not as law-abiding as she thought, she has to leave town in a hurry...or end up buried with the dead guy she discovered. She doesn't expect to be picked up by a passing trader from another world. As the ruling king of Sarafin, Vox d'Rojah is expected to produce a son who will be joined in marriage with the first-born daughter of the king of Valdier.

what a great book I loved it.

the wit in it was great and funny. thank you I needed a good laught