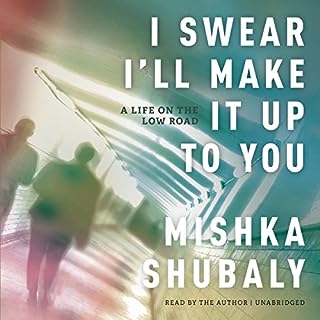 A misfit kid at the best of times, Mishka Shubaly had his world shattered when, in a 24-hour span in 1992, he survived a mass shooting on his school's campus then learned that his parents were getting divorced. His father, a prominent rocket scientist, abandoned the family, and their home was lost to foreclosure. Shubaly swore to avenge the wrongs against his mother but instead plunged into a magnificently toxic love affair with alcohol.

Poorly written, self absorbed, garbage. I'm wondering how many books this man is going to write about himself. It is getting comical. Save your money.