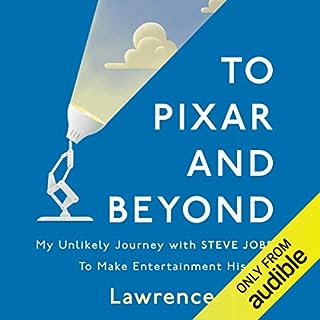 One day in November 1994, Lawrence Levy received a phone call out of the blue from Steve Jobs, whom he'd never met, offering him a job running Pixar, a little-known company that had already lost Jobs $50 million. With Pixar's prospects looking bleak, it was with some trepidation that Levy accepted the position. After a few weeks he discovered that the situation was even worse than he'd imagined.

I'm not a finance or legal person. I have a fleeting interest in business. what I do have is a burning love and passion for Pixar. I love the insight this book gave into the heart and soul of the workings of pixar.